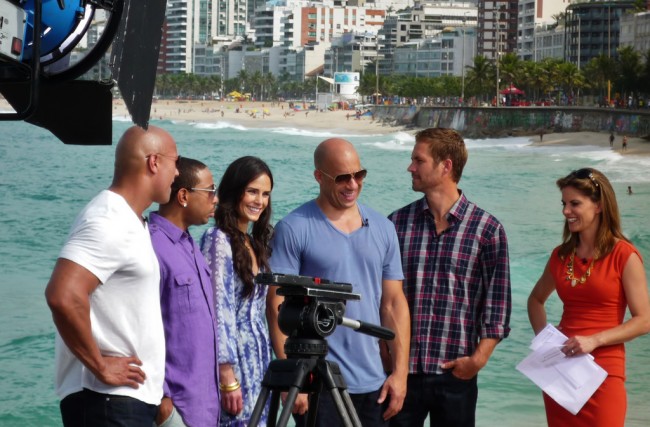 When it comes to those who play action hero stars in big name films such as the Fast & The Furious saga, which critically acclaimed actor Vin Diesel stars in, people expect the men to be overly tough and manly in order to better prove their character. Much of the time, this persona rings true within the actor themselves; sometimes this is due to them having adapted full-time to this character, and often it simply happens to reflect who they actually are inside anyway. The 47-year-old, whose real name is Mark Sinclair, has proven that there is nothing stereotypical about him whatsoever in terms of his personality and breaking the mold of the typical action hero actor in question.

Diesel most certainly plays the part on-screen, having become infamous over the past 14 years for his role of Dominic Toretto in the aforementioned film series, a no-nonsense ex-convict and dedicated street racer left with the responsibility of looking after his younger sister following his father’s death in a stock car race. He has spent most of his life evading law enforcement personnel, due to him and his crew having committed such crimes as stealing millions of dollars in various merchandise during high-speed hijackings.

In real life, however, Diesel is about as far from a bad-news tough guy as he could get. Although he is known for his need for privacy and has always refused to publicize his personal life through any given magazine publication like “some other actors” (the California native did not elaborate as to who he was referencing with this statement), the actor has been very open about his inner feelings at times and indeed has exhibited very moving expressions of emotions on certain occasions.

When Diesel’s fellow co-star and self-proclaimed brother (the two were not actually related, but were reportedly close to the point of feeling as if they were) died in November of 2013 following a horrific car crash that also killed Roger Rodas, the six-foot (approximately) tall actor was devastated. He had lost his best friend, his co-worker, one of the most important people in his life; instead of pushing the matter away and declining to speak to the public about it, however, Diesel has since been very open regarding how he is coping with the matter.

Indeed, the father of three has been extremely candid regarding the topic and has even delivered some very moving tributes towards the late actor. At this year’s MTV Movie Awards, which aired back on April 12, Diesel treated the audience to a snippet of his own personal vocal ability in the form of the song See You Again. The song appears in the movie Furious 7, is performed by Wiz Khalifa and features several compiled scenes containing Walker when he was still alive. In a backstage interview following this performance, Diesel joked that to sing such a tribute was not like him at all and that the interviewer must have him confused with someone else (the joke being that this was not the first time the actor had been recorded showcasing his singing talent). His shy but moving demeanor was incredibly evident during this interview, and it was clear that his feelings towards his deceased friend were not entirely dealt with but were on the path to healing, a path that he was being assisted on by way of not hiding his true emotions and what he was dealing with overall.

There are many actors who live the persona of the tough-guy action hero throughout their regular lives as well as on-screen, and it is commonly assumed that all of them are the same. However, Vin Diesel has clearly broken the mold of this stereotype and is proof that not every book can or should be judged by its cover.