Higgs Boson: What Is It and Why Is It Important? 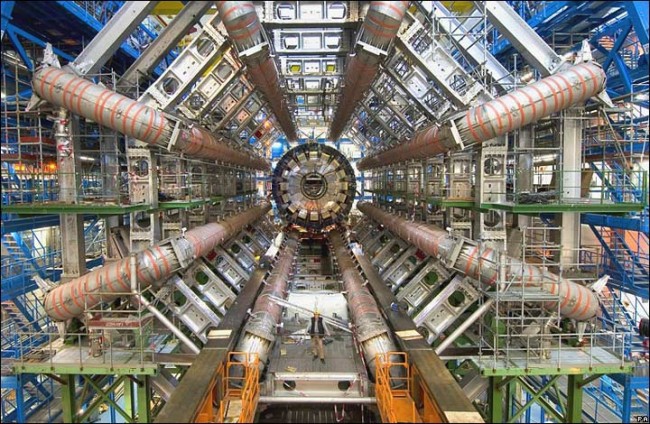 As CERN’s Large Hadron Collider is set to restart in the next few weeks, scientists will be looking for things that are theorized to govern the laws of the Universe and give meaning to the world of quantum physics. The Large Hadron Collider is the most powerful particle accelerator ever created. Scientists use this to send particles at nearly the speed of light to smash into each other and study the interactions. One of the things that scientists hope to find is what has puzzled them for decades. This is the Higgs boson. Therefore, what is the Higgs boson and why is it important?

What Is the Higgs Boson?

The Higgs boson, also known as the “God particle,” is an elementary particle in the Standard Model of particle physics. Elementary particles that currently known are fermions, quarks, leptons, anti-quarks, and anti-leptons, which are particle-anti-particle counterparts. The one elementary particle that has been most hard to test for is the Higgs boson. As one of the “gauge bosons,” a force carrying particle, the Higgs boson acts as an arbiter of interactions among fermions, which acts as an electron, or can also be a “composite particle,” a particle containing two or more elementary particles, like a proton. According to quantum field theory, particles with a full integer spin are bosons, and those with half integer spins are fermions. The third force carrier is said to be the graviton, the carrier of the weak force of gravity through a particle. Nonetheless, the Higgs boson is said to be the subatomic particle that can bring together all theories that govern the Universe and how everything within interacts. Therefore, the Higgs boson is one of the last subatomic particles yet to be fully understood that is a force carrier of other particles. To put all of this in plain speak, think of the Higgs boson as the wheels on a car. The wheels make the car move down the road. So, scientists are using the Large Hadron Collider to test how and if the wheels on the hypothetical car exist, or how they work.

Why Is the Higgs Boson Important?

The Higgs boson allows scientists to further explore and study the Higgs field. This is a fundamental field that was theorized to be like the electromagnetic field, one of the four forces that govern the laws of the Universe, but it cannot be “turned off.” Thus, it takes a zero-constant value in any quantum environment. Currently, the field is said to be confirmed, explaining why some fundamental particles have mass, even when forces controlling their interactions should make them be detected without mass. To put this in plain speak, the example of the aforementioned car will be helpful. The Standard Model, the car, and the Higgs boson, the wheels on the car, operate in a consistent balance that allows the car to be able to move down the road, unperturbed, at least when referring to the quantum world. Therefore, scientists are using the Large Hadron Collider to find how, why, and if the wheels, the Higgs boson, exist and interact with the car that allows the car, the Standard Model, to work properly, at least in theory.