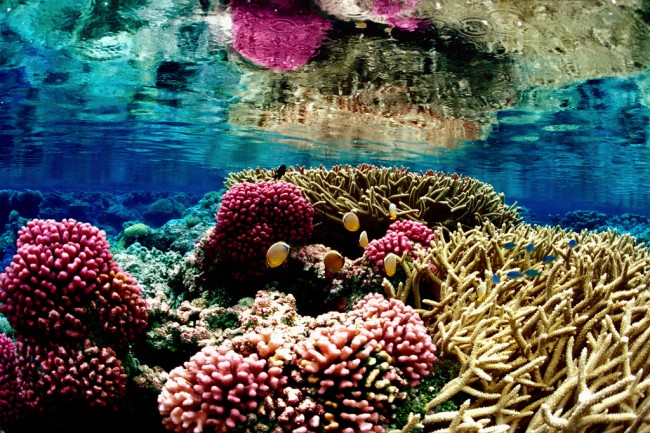 The National Ocean and Atmospheric Administration (NOAA) states now that the coral reefs off of Florida’s southern coast will disappear by 2030 due to climate change – 12 years earlier than previously thought. Even though Florida lawmakers attempted to expunge the terms “climate change” and “global warming” from the lexicon of the legislative agenda, they have not eradicated the fact that there is a dire threat facing the state’s coral reefs. According to the NOAA’s new study, scientists have found that by 2030, the ocean water around Florida will reach a temperature warm enough to kill off massive underwater mountains of coral reefs, endangering the coastline and scores of different species of ocean-dwelling creatures.

The NOAA scientists explained that coral bleaching will cause the demise of the reefs when oceans are warmed to uninhabitable temperatures due to climate change. The is warming will cause the algae that inhabits the area around coral reefs to vacate the area in search of better conditions, which make the coral lose its vibrant, beautiful colors. Thus, leaving the coral a deadening white hue. Coral bleaching has occurred at an ever-increasing rate throughout the last few decades, becoming more chronic in the last 20 years. A previous study was done to assess the health of coral reefs located in the Caribbean and the Gulf of Mexico, which were found to be in a status that will leave them bleaching in the near future.

Increasing ocean temperatures in the Caribbean and the Gulf of Mexico will only aggravate the troubles Florida is facing in their coastal ecosystems. Frank Wasson, president of Spree Expeditions, stated the rising temperatures are very important, though they become more acute when knowing coral bleaching is going to be a serious factor in the future. Scientists state by mid-century, possibly even sooner, coral bleaching could affect the areas of Biscayne Bay, Dry Tortugas National Park, and the entirety Florida Keys. These are prime tourist destination areas that may suffer a decline in the years leading up to 2030 in visits when the coral reef become less vibrant than they are today, populated with a wide array of marine life and crystal clear waters, due to climate change.

Although it is one of the most vulnerable areas for rising sea levels and ocean temperatures, Florida citizens still remain on opposite sides of the political aisle when it comes to the debate on climate change. For example, back in March, Governor Rick Scott, a Republican, attempted to erase the terms “climate change” and “global warming” from being used by the Florida Department of Environmental Agency (FDEA) due to their association with artificial (man-made) global warming. Although the charge was not a formal eradication of the terms, those at the FDEA stated they were told to halt all rhetoric referring to the terms in official reports and at conferences. The ban sparked mass outrage among activists and scientists who deal with climate change across the county. They stated the political attitudes ignored a great scientific consensus.

Climate change does not only affect the coral reefs off the coast of Florida, but in many other areas around the world. Studies have shown that marine ecosystems in the Indian Ocean and western South Pacific waters have faced rising levels of coral bleaching outbreaks as temperatures become warmer. The NOAA stated climate change and the impacts it causes are the most dangerous threats to the world’s coral reefs and the corals maybe a thing of the past as of 2030.