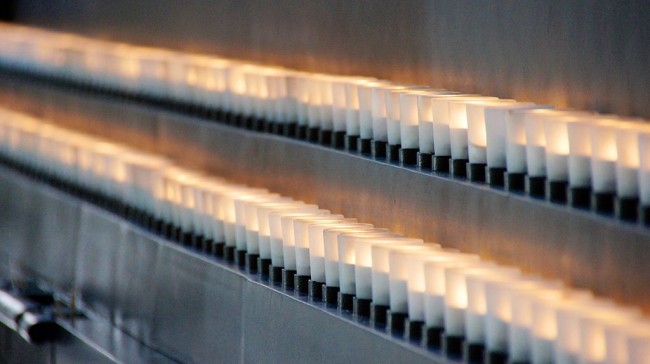 The number of survivors who experienced the horror of the Holocaust first hand is dwindling, as are the numbers of the greatest generation who stood against fascism and beat it back. Beginning the evening of April 15, 2015, continuing to the evening of April 16th, Holocaust Remembrance Day (Yom HaShoah) was observed around the world. Yom HaShoah is a time of contemplation, when the people of this planet reflect upon the calamity hatred brings. It is a time to renew the commitment to never again allow such genocide to befall humanity. A time to make the horrifying atrocities perpetrated by Hitler’s Third Reich known to all people. Atrocities so repugnant it is hard to acknowledge them, unfathomable beyond a knowing that injustice is too slight a concept to adequately describe the inhumanity that has caused suffering continuing to this day.

Holocaust Remembrance Day is an opportunity for the world to take time, each year, to empathize with those who survived, grieve for more than six million Jews and others who did not, and come together with a message of tolerance and inclusion for all people.  An opportunity for passing generations to impart to those who follow the emotion set forth by first hand experience. Emotion bought on by suffering endured less than a century ago, a recent chapter written in a story of hatred that has been unfolding for centuries. It is an opportunity to bring light to a future free of hatred closing the book on intolerance.

However, those who follow, allowing history repeat itself, do not always embody shared lessons learned by a passing generation.  Repeating history this tragic history is a concern for heads of state today as the tide of anti-Semitism and anti-Zionism are on the raise around the world. American President Obama, British Prime Minister Cameron and French Prime Minister Manuel Valls are few of the world leaders who share the belief that anti-Semitism ought not to be the concern of Jews alone.

In a passionate speech following Islamist terrorist attacks in France that lead to the cold-blooded murder of four Jews at the HyperCacher market in eastern Paris, Mr. Valls shared his concerns about new anti-Semitism that promotes a loathing of the sate of Israel and advocates hatred for all Jews being delivered via the internet. Mr. Cameron too is concerned that the global movement to end Israel’s existence as a state is crossing the line into out-rights anti-Semitism. On Holocaust Remembrance Day President Obama remarked: “together we must firmly and forcefully condemn the anti-Semitism that is still far too common today.”

Heightened concern from others who have been outspoken on the subject of raising anti-Semitism such as Rev. Franklin Graham who warned another holocaust could manifest as a result of Muslim immigrants moving into Europe and the United States, who he said are “bringing their hatred of Jews and Christians with them.” Nobel Peace Prize winner, and survivor of the death camps at Buchenwald and Auschwitz, Elie Wiesel, sees Iran’s Ayatollah Khomeini as bent on acquiring the weapons needed to make good on his goal: ‘the annihilation and destruction of Israel.’

The nature and raise of anti-Semitism has changed. Jews around the world are taking notice of the broadly disseminated hate speech the fills social media comments. Speech that is similar to that which strengthened Hitler’s resolve resulting the lasting grief sown in World War II. They have an uneasy awareness in the streets, where jeers are directed at them and hand-bills and posters maligning them are hung in plan view. They are shocked to see on television calls for the destruction of Israel and death to all Jews.  Contemporary anti-Semitism is not launched by a single government but by multinational, theologically fueled extremist terrorists.

The call to observe Holocaust Remembrance Day is not a call to Jews alone. It is an opportunity for solidarity with everyone who despises bigotry and intolerance in all forms, because extremist terrorists, and those funding them, are prepared to kill anyone that does not submit to their erratic, violent, despotic rule not just the Jews. All people are at risk where is no rule of law.

On May 7, 1945 Germany surrendered unconditionally to the allies at Reims, in northwestern France. On May 8th world leaders will attend gatherings in countries throughout Europe to commemorate the 70th anniversary of the surrender of Germany and the end of Nazi tyranny.  For a few days there will be celebrations remembering the sacrifices of those who fought and died to rid the world of evil and free persecuted Jews from certain death in Nazi concentration camps, and those who were at home supporting the troops, but the crowds will celebrate with a twinge of caution because hatred, building over decades, has flourished in recent years.

The threat of evil is no longer concentrated in pockets of fighting along the front line of a well-defined battleground, but where innocent civilians work and play. Extremist terrorists are everywhere. Their networks reach around the world. Well-crafted multimedia recruitment messages spread at light speed enticing thousands each month to join their bloodthirsty ranks. They blend into societies where they carry out their acts of terror, then disappear. They are well funded by supporting states, sympathizers, acts kidnapping and looting as they plunder.

Holocaust Remembrance Day 2015 has past but is still fresh in the hearts and minds of so many. Perhaps remembering the Holocaust everyday will help the world recognize failing to pay heed to the hateful speech of those who rule may bring the destruction and sorrow of another Holocaust.