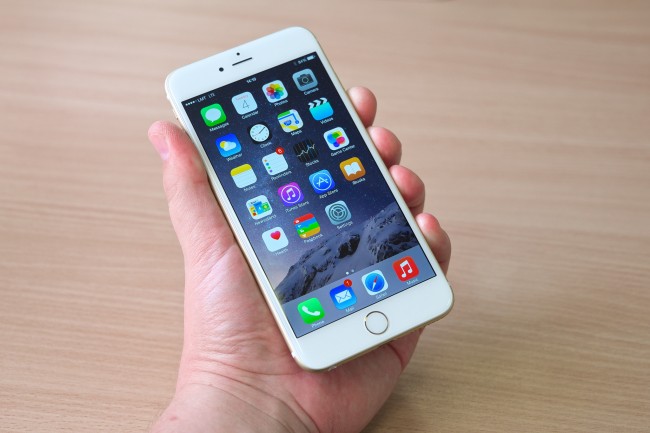 With 61.2 million iPhones sold in the last quarter, Apple is exponentially increasing its proverbial slice of the mobile technology pie. These sales tallies exceeded forecasted predictions and rivaled Apple’s already record holiday-quarter sales results. With only 20 percent of its loyalists having upgraded to its September release of the iPhone 6 and iPhone 6 Plus, Apple will undoubtedly continue to enjoy its “pie” for quarters to come.

As 2014 rolled to an end, Apple CEO Tim Cook reported that Apple posted its best quarter of sales ever at $74.6 billion, a 30 percent gain from the previous year. Although this is certainly not a corporate record in gross sales, it did set a corporate record in net profit with a $18 billion margin, a billion-and-one-half dollars more than the previous record held by Gazprom, set back in 2011.

Apple’s profit margins are some of the best in the industry because of the low cost of tech hardware assembly in the many Asian facilities operated by the company. Critics might bash the darling company of pop culture for squalid working conditions in their overseas plants, but it does not seem to have diminished their obsession with owning Apple products. Cook reports interest in their product line being at “an all-time high” with a volume of sales that is “hard to comprehend.” The market agrees, with shares of the company surging up nine percent as trading began the day after the quarterly sales figures were released.

Not all of Apple’s product line added distinct flavor to its “tech pie” menu. Their iPad line had somewhat weak sales results. Many industry insiders attribute this to the general increase in mobile phone screen size, ironically like the huge screen of the sleek iPhone 6 Plus. Tablet sales around the industry are declining in favor of the larger mobile phones, jokingly referred to as “phablets” because of their generous, tablet-like screen sizes. Even with a decline in iPad sales, Apple representatives point to corporate strategic polling which predicts enduring iPad sales among tech enthusiasts. The high definition retina screen of current generation iPads boasts amazing graphics and remains popular with game enthusiasts. Many current Apple product owners plan further iPad purchases.

Apple also sold 4.6 million of its personal computer line, including the MacBook Air and MacBook as well as the ever popular iMac line of desktop computers. The Cupertino, California-based company reported robust sales from its iTunes App Store, as well. Still, the sales of its flagship iPhone 6 and the $100-more-expensive iPhone 6 Plus overshadow the recession of other product performance.

It is no wonder this product performs so well for the company. With over 4.7- to 5.5- inches of high-resolution screen, smoking wireless speeds and up to 128 gig of storage potential, the iPhone 6 topples the competition. Its iOS 8.1 operating system teams with faster A8 multi-core processors to pop open windows and blaze through both web and app browsing. An improved camera and better voice quality round out an impressive upgrade in design.

The only “con” in an otherwise generous list of “pros” is the inferior battery capacity, which has historically plagued the iPhone line. Legendary Apple creator Steve Jobs always placed aesthetics ahead of functionality. In the case of a battery though, size definitely matters, and Apple traded longevity for a sleek, slim-line casing. Detractors joke that one recognizes an iPhone user from the outline of the phone in one pocket and the outline of a charger in the other.

There is no denying that the outline in Cook’s pocket is that of a bulging stock portfolio due to the enduring profits at Apple, Inc. With first quarter profits reeling from the overwhelming sales of its indomitable iPhone, Apple is poised to increase its slice of the tech pie for years to come.