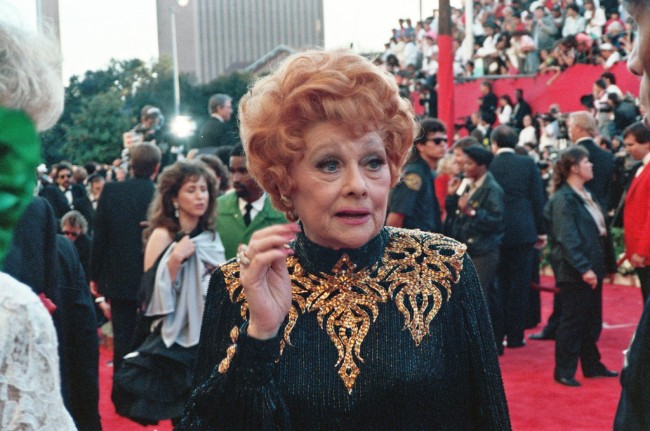 Back in 2009, a statue was unveiled in Celoron, New York of Lucille Ball, and now, her fans are trying to have that statue removed. The reason why her fans are trying to have the statue either changed, or taken down completely, is because it bares little resemblance to the late comedian. Some Celoron locals have gone so far as to call the statue “horrifying.” It is true that the statue does look more like Margaret Thatcher than it does Ball, and it does seem a little strange that the statue has stood for this long.

Celoron is the hometown of Ball and the city wanted to honor her in apparently the best way they knew how via erecting a lifetime bronze statue that bares a striking resemblance to Conway Twitty. “We Love Lucy! Get Rid of this Statue” was started in 2012 with the goal of having the statue removed. Their argument is the statue is ugly and just plain tasteless, but even thought the statue looks nothing like Ball, it is still a tourist draw in the community.

The statue was originally commissioned privately by a couple from Celoron. They had hired the sculptor from the neighboring city of Jamestown. The statue was installed in Celoron Park in 2009 and has stood there ever since. The mayor of the town, Scott Schrencengost, has tried to contact the sculptor to fix his work, but he has demanded at least $8,000 for his work to improve his statue. Schrencengost is a critic of it as well. He has expressed a desire for the sculptor to stand by his work and do the repairs for free. It would appear that this sculptor has some explaining to do.

Many of the town’s residents have an outspoken hatred of the statue. One local man had told reporters, “I think it looks like a monster. That is just my opinion. When you see it at night, it is frightening.” Most people just have a dislike for the statue and when one first sets eyes on it, it is apparent why. Even the mayor of Celoron has come out as saying he hates the statue. Ball fans from across the country have shown support in the effort to have the statue removed.

It is clear that the 1950s sitcom star deserves much more than the lackluster effort put forth by the previous sculptor. The town has been looking for a new sculptor to bring Ball back to life in a less horrifying way. Ball fans are trying their best to have the statue removed, but it may take some time for this to happen. It has been said that no taxpayer money will be used to commission the new statue, so a fundraising effort has been going on in order to get the funds needed. Lucille Ball is an American icon and a comedy legend. She definitely deserves a statue that encapsulates not only her beauty, but what she meant to a generation of fans. Even though she deserves the best, she currently has a monstrosity in a park in Celoron, New York dedicated to her memory.