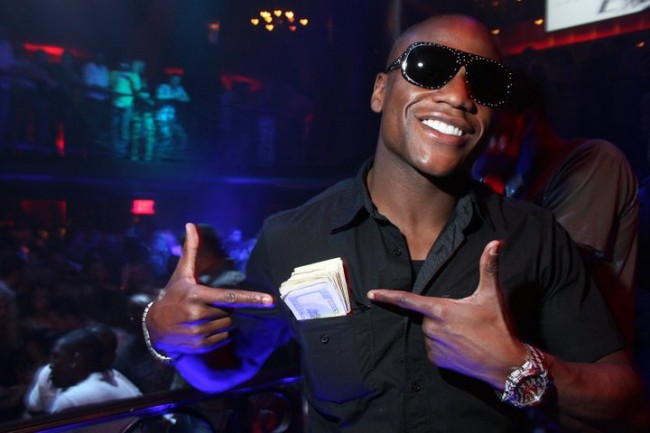 Boxing fans had been becoming concerned with the delay regarding ticket sales for the upcoming Mayweather vs. Pacquiao match on May 2, as they have understandably been wanting to purchase seats a good while prior to the event in case of any problems that could occur in the meantime. However, the reason behind this issue has been revealed as a conflict over which boxer had the better seats. Tickets have since been released to the public.

Pacquiao’s team was reportedly behind the holding up of said tickets being released to purchasers, because his management believed that Mayweather’s team got the better quality tickets (in terms of location) due to how close he is to those at the MGM grand. The tickets had been split evenly between the two athletes, Pac-Man and his crew were said to have seen this as extremely unfair, and therefore halted the ticket process in order to dispute the matter and come to a more just deal.

Mayweather’s tickets were said to be primarily the front row and the rows behind it, and Pacquiao’s team was not at all happy about this. His reps are reported to have put their foot down regarding the situation upon bringing up the matter and having it disregarded by his rival’s camp, and this standstill let to the aforementioned delaying of ticket sales altogether until the situation had been properly straightened out.

With the match in question looming with only 10 days to go, CBS’s Les Moonves decided to take a stand and step in to resolve the problem. An emergency meeting was held, in which Moonves reportedly acted as mediator between the two sides in order to come to some kind of agreement that would make the release of ticket sales possible again. After some negotiations, the situation has been rectified and both Mayweather and Pacquiao are said to be content with the outcome.

The dispute over unfair seat location is seemingly reasonable, given the cost for which the first set of seats (the original buyer said he had secured approximately 39, some of which were ringside) for the upcoming Mayweather vs. Pacquiao match were being sold. At the end of March, it was reported that the broker in question was selling seats for $87, 500 each. This high price shocked even those for whom money is not usually an issue, such as model Chrissy Tiegen and Shark Tank‘s Robert Herjavec, who both have stated that they believe the cost is simply too high to be worth it, even if it lives up to all the hype.

The broker, however, has given the statement that finding buyers for his tickets has not been remotely a problem thus far. In fact, he told TMZ Sports that he actually had “serious” buyers lined up to purchase the seats, individuals who had no problem with the price at all. He claimed to have been receiving non-stop phone calls since announce the availability of the tickets, but whether this is true has not yet been revealed.

Ticket sales for the upcoming Floyd Mayweather and Manny Pacquiao have officially been reinstated, following the end of their dispute over unfair seat location. Ringside seats are said to be selling for upwards of $100,000 at this point, and this is said to be a requirement for even those in the Hollywood spotlight. Tickets went on sale earlier today, and are said to have sold out within 60 seconds on Ticketmaster following their release.