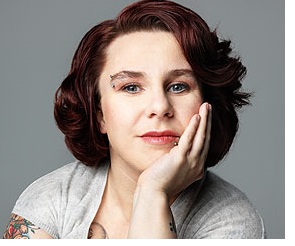 Cleveland Abduction, the movie based on the abductions of Michelle Knight, Gina DeJesus and Amanda Berry, premieres on Lifetime May 2nd. Although many will be watching to see what these women suffered at the hands of their victim, Knight said she has no intentions of reliving what she endured by the hands of her psychopathic kidnapper Ariel Castro.

The trailer of the Lifetime movie is very disturbing and supports the idea that Knight made the best decision for her path of continued healing. The movie stars Taryn Manning as Knight and Raymond Cruz as Castro. The film covers DeJesus and Barry but is primarily focused on Knight, who was the first kidnapping victim. The trailer shows Orange Is the New Black’s Manning laying in a bed, tied up and bruised all over.

Knight was abducted by Castor on August 22, 2002 in Cleveland, Ohio. She remained a prisoner in his home for more than 11 years. Soon after, Castro captured two other teenagers, DeJesus and Berry, who were also imprisoned. Knight said she refused to allow her spirit to be broken by Castro’s twisted behavior and instead found strength in God and the determination to reunite with her son.

These young women were systematically abused by Castro on an emotional, sexual and physical scale. One report revealed by one of the prosecutors of the case, Timothy McGinty, stated Knight, Berry and DeJesus were confined dungeon-like holding rooms, chained, fed once a day and given two cold showers weekly. The abuse was so horrible that Manning’s mother was concerned about her daughter taken on the role of Knight. Manning, said she was devastated by the triumph and strength of this young woman and knew she had to take the role.

Castro was soon after indicted by a grand jury on one count of possession of criminal tools, three counts of felonious assault, seven counts of gross sexual imposition, 139 counts of rape and 177 counts of kidnapping. For causing an abortion by force, he was also charged with one count of aggravated murder of a fetus.

In September of the same year the man who imprisoned the three women was discovered dead in his cell. He shocked the world by committing such abhorrent crimes, followed by his callous disregard for the liberties and many years he stole from his innocent victims. Some rejoiced to hear Castro’s suicide attempt was successful while many felt it was a cowardly act to escape karma.

Although times were dark and the reality of an escape seemed dismal, 11 years later Knight found herself freed from the captivity that had been her home for more than a decade. Nearly two years later, she has reclaimed her life and written a book describing her lengthy experience and triumphant ending.

Knight appeared on the Dr. Phil Show, after he went to Cleveland to film the interview, and discussed the events which led up to her release from captivity over a year ago. On Wednesday, she returned to talk about her soon-to-be aired biopic, Cleveland Abduction. Dr. Phil called her a victor who had come from a frail and traumatized victim to emerge as an empowered survivor and best-selling author. Knight credits Dr. Phil along with a really good support system for her successful return to the “real” world.

Her raw made-for-television story is produced by Sony Pictures Television and reveals the living nightmare the women endured. The film was directed by Alex Kalymnios, written by Stephen Tolken and executively produced by Judith Verno and Frank von Zerneck. Cleveland Abduction premieres on the Lifetime network on May 2, 2015 at 8:00 p.m.