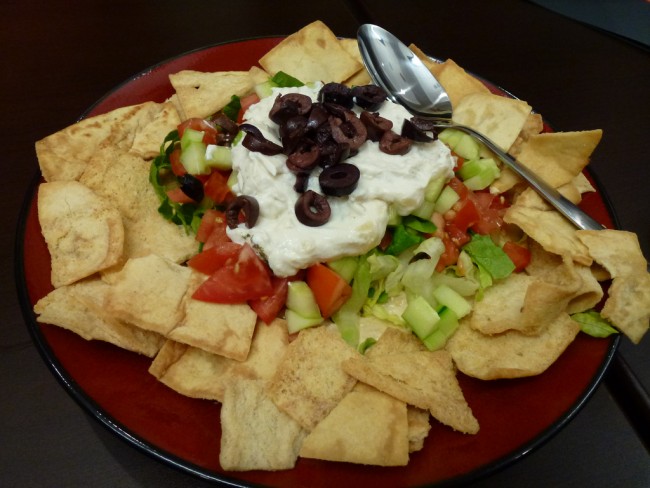 Sabra Dipping Company this week voluntarily recalled thousands of its cases of hummus after testing positive for an infection known as Listeria monocytogenes, which is known to be potentially deadly. The food company produces several Middle Eastern appetizers and dips, and especially well-known for its wide variety of hummus. It was founded in Queens during the 1980’s, under the name Sabra Blue and White Foods, and is currently owned by PepsiCo, and the Strauss Group, which is based in Israel. Some of its other products include babaganoush, guacamole, salsa, Greek yogurt dips, and other vegetarian specialties.

This infection, which was found in the hummus, is caused by a bacteria known to have dangerous effects on children, elderly, people with deficient immune systems, and even contain adverse effects to otherwise healthy adults. Listeria is typically found in water, soil, and sometimes animals. The bacteria is unique in the fact that is able to grow in temperatures that are cold, like in refrigerators. Because the food it inhabits is generally kept cold, it is known to thrive in deli meats, meat spreads, raw vegetables, smoked fish, and unpasteurized dairy products, such as raw milk, and soft cheeses. Since this germ survives well in cold food processing plants, after packaging it is then spread to humans through consumption. Symptoms include abdominal pain, fever, diarrhea, headaches, and vomiting. Pregnant women are especially at risk, because in addition to vomiting, it can be a cause for stillbirths and miscarriages.

The infection was confirmed after a random testing of a sample at a Michigan location on March 30 by a state agency. A spokesman for the company said that it was informed about the bacteria in April 7. In response, Sabra company in a voluntary recall, pulled thousands of cases in the range of 30,000, off store shelves throughout the U.S. This is roughly 360,000 containers of hummus. It is the second time this week there has been a recall on food products in relation to Listeria.

Last month, Blue Bell Creameries recalled some of its products off the shelves, in which out of eight people were reported ill from the deadly disease resulting in the death of  three at a Kansas hospital. This week the recall was expanded to some of its other products including its banana pudding ice cream from its plant located in Broken Arrow, Oklahoma, as well as supermarkets in several U.S. states.

Following its recall of thousands of cases of hummus, the food company put out a list of which products to avoid. Below is the list of the product descriptions affected by the bacteria, followed by the date code, best-used-date, and SKU number.

Sabra in addition to recalling thousands of cases of hummus products, has advised its customers to look for the above codes on their containers and to promptly dispose of them or return them to their place of purchase for a full refund.

Sabra Recalls Thousands of Cases of Hummus added by ades.b on April 9, 2015
View all posts by ades.b →