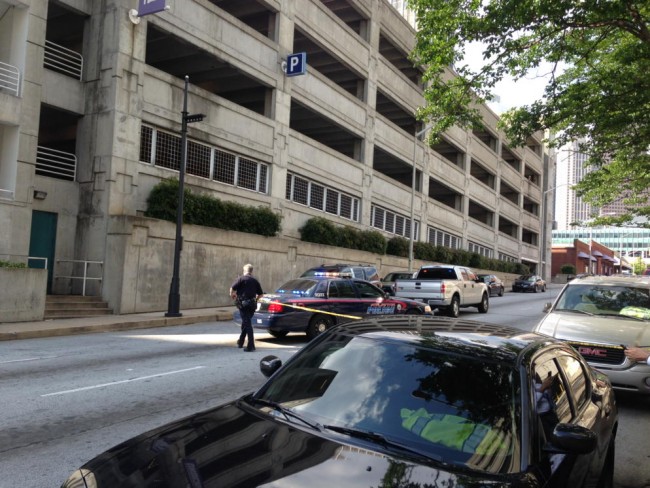 Police in downtown Atlanta are closing streets after a reported shooting near the Fulton County Courthouse. There was gunfire exchanged between police and a female assailant, who rammed a stolen vehicle into a patrol vehicle and allegedly began firing Thursday night. The woman is suspected to have initiated the gunfire with police returning fire and striking the suspect twice. No police were injured.

It is believed that the police were called to the scene to investigate a stolen vehicle call, possibly the same vehicle that was rammed into the patrol car. Upon removal from the stolen vehicle she was then seated into the back of the cruiser where she pulled a weapon that had not been found on the initial search and began shooting.

The female suspect, who was hit in the exchange, was transported to Grady Memorial Hospital where she was pronounced dead. The police officers involved did not sustain any injuries. The incident occurred near Pryor Street and the Underground Atlanta Precinct. Details of the suspect were not available at the time.