Supercivilizations Have Yet to Be Found by Astronomers 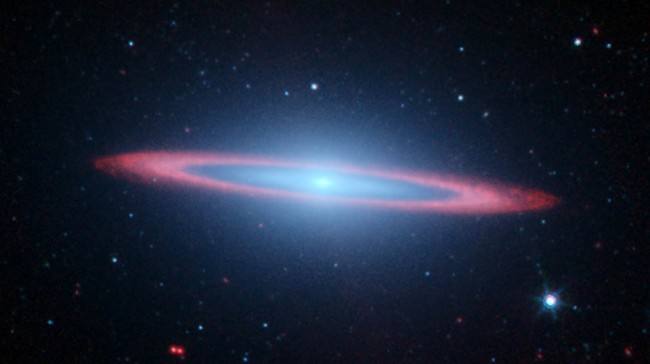 After searching through over 100,000 galaxies, astronomers have come up short on trying to find what they call “supercivilizations” that harbor extraterrestrial life. Jason Wright, a Penn State astronomer, who originally initiated the search, stated they have yet to find any signs of signatures that may have been left from highly advanced alien worlds. Though, he said, “This is a pilot project…the hunt is just getting started.”

Wright’s new study, which is published in the latest issue of Astrophysical Journal Supplement Series, is the largest search conducted for a Karashev Type III civilization. The Karashev scale rates and measures the level of technological advancement of a civilization. The scale based on the amount of energy the civilization is able to harness and use. There are three designated categories: Type I, II, and III.

A Type II civilization is able to capture and use all of the energy from its host star. For Earth, this would be the construction of a Dyson sphere. The hypothetical superstructure construct is a group of a few thousand solar collectors surrounding the Sun. Instead of collecting only sunlight, they collect radiation and sunlight from the star. For decades, scientists have been searching of stars that have Dyson spheres around them in the search of extraterrestrial life.

A Type III civilization is what astronomers call a supercivilization. With their theoretical technological advancement, the supercivilization is able to utilize all energy within the host galaxy. Presumably, civilizations like this would most likely be what is seen in the Star Wars series. This civilization spans the entire galaxy, harnessing the energy from of billions of stars. Wright stated if a Type III civilization exists, it would be pouring unbelievable amounts of exhaust heat into space as an industrial and technological byproduct. Fundamental properties of thermodynamics show that all used energy radiates heat from the used source in infrared wavelengths. Therefore, regardless of how advanced the supercivilization is, scientists will be able to find it. Though, their effort of find them has come up null as for now.

The notion that scientists may be able to detect extraterrestrial life from infrared signatures goes back to the 1960s with the aforementioned Dyson sphere superstructures. By the 1990s, astronomers came up short with locating supercivilizations in other galaxies. This was mainly due to interference from stellar dust and other forms of radiation wavelengths. Though, scientists are now using NASA’s WISE Observatory to make more sensitive measurements of mid-infrared wavelengths emitted by distant objects. “When we look at these galaxies, we have to account for natural sources of infrared heat, such as star formation and dust,” Wright said. They are now able to determine between stellar dust and radiation and possibly alien-made forms of exhaust heat. Wright stated if a galaxy is particularly hot after stellar bodies have been accounted for, the galaxy may harbor a Type III supercivilization.

Seth Shostak, director of the SETI Institute, stated astronomers are looking for extraterrestrial civilizations that are far beyond what humans have accomplished. According to current calculations, he stated a Type III supercivilization may use up to 100 billion billion times more energy than humans on Earth. Therefore, he said galaxy-wide societies are highly unlikely, though some Type II civilizations could be out there. Nonetheless, scientists will keep looking for extraterrestrial supercivilizations that span an entire galaxy, possibly showing humans the ways to the future.