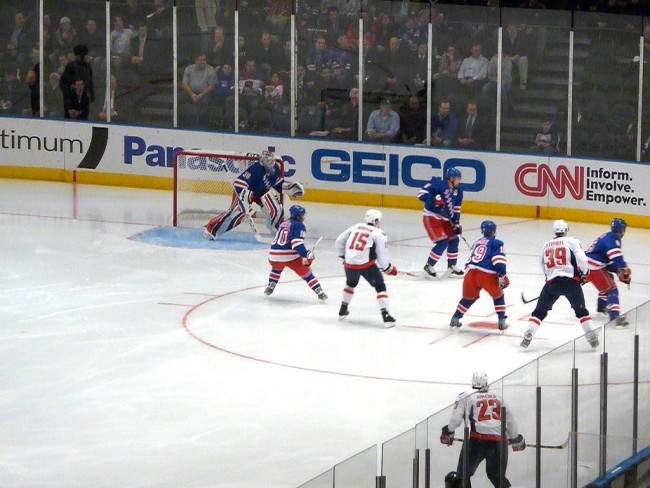 The Tampa Bay Lightning strikes twice with two goals, and give the Rangers a spark. The Lightning shut out Rangers at Madison Square Garden, with a near perfect game Friday night. Now, they advance to the Stanley cup finals. They will have to wait until tonight to see who they will face.

Tampa Bay put their money where their mouth is, and showed the country why they made it into the playoffs in the first place. After hearing for the past couple of days how defiant the Rangers were at the Garden, there was not much of a choice, either Tampa Bay had to strike with vengeance, or they would have to pack it up and go home. They were able to shut out the Rangers 2-0 on their home ice. The Lightning was down after game six, but they were so not out.

Tampa Bay’s Captain Steven Stamkos, had this to say about Henrik Lundqvist: he is a great goalie, but he was never up against Tampa Bay in a game seven playoff game before now, and it is time for the Lightning to go to the Stanley cup finals. Tampa Bay is the first to beat New York on their home ice, in the last seven games of a game seven of the playoffs they were unbeaten. With two third period goals the Rangers were shut out. Tampa Bay will face either the Anaheim Ducks, or the Chicago Blackhawks.

For the entire game Tampa Bay put up an unquestionable defense that gave New York very few opportunities at their net. Both goals were scored well into the third period, and that says something for New York’s defense, but as much as the Rangers wanted a victory, the Lightning wanted it just a little more.

In game six it was all New York with Lundqvist leading the way to victory; however, in game seven, Ben Bishop had to regain his dignity from that embarrassing loss. He stayed focused and on top of everything the Rangers threw at him. He showed Lundqvist that he was every bit as good as him. His team out shot their opponents 25-21, and stayed tight on defense as well as offense. Lundqvist suffered his first loss in a game seven, and falls to 6-1. 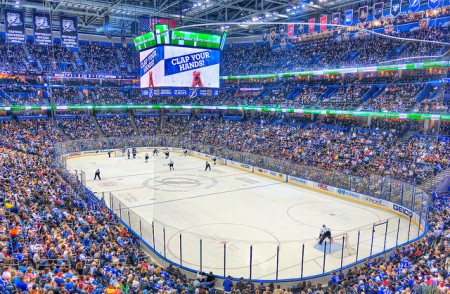 The Lightning eagerly wait to see who will be sparked by their bolts on June 3 at least twice, and maybe more. They are anxious to play their first Stanley cup finals series since 2004.  Tampa Bay will come into the series with the arrogance they are known for, by bragging about having the league’s top scorer Tyler Johnson, who has 12 goals, and 21 points. They will also be boastful of Bishop holding the lead for league shut outs. During the regular season no one really pays that much attention to this team, but in the finals the Lightning will have a chance to strike, and show the fans exactly just how they were able to spark the Rangers. General manager Steve Yzerman put a good amount of thought into building a winning team, and now they have a chance to prove it.