Macedonian Crisis Made Worse by Shoot Out With Police 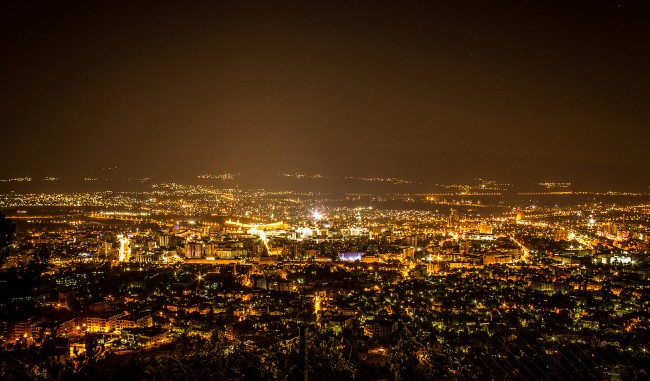 The crisis in Macedonia was recently made worse, when a shootout occurred with the Macedonian police. In Kumanovo, Macedonia on Sunday, a group of Albanian terrorists had a gun battle with law enforcement. During the battle 14 members of the group were killed, but not before eight police officers lost their lives. The conflict lasted almost an entire day. After the situation was defused, the ethnic Albanian part of town was put on lockdown.

Macedonian police officer Ivo Kotevski said they took control of the troubled town of Kumanovo. Kotevski reported that no civilians were harmed, and this was because many fled at the first sign of trouble. By nightfall residents were returning, Haki Ukshini said “everything was totally destroyed, thank the grace of God we are all safe.”

The police had set up a raid in the town of Kumanovo, which is almost 25 miles north of Skopje on Saturday. The Macedonian authorities said they were tracking the terrorist from outside of Macedonia, because they had stated that they were targeting civilian as well as state targets. This shootout happened while Macedonia is an administrative crisis, and will only make things worse. Nato, which dragged the southeastern European country from the verge of civil war in 2001, demanded an investigation in to the alleged illegal wire-tapping and abuse of office, to find why heavily armed police marched in to Kumanovo and what exactly happened.

Kotevski said the gunmen were radicals from Kosovo, which separated from Serbia through warfare in 1999. More than 30 terrorists were detained and some were brought to the capital of Skopje to see a judge. They were brought in to court wearing white jump suits, and handcuffs. The shoot out with police has made the Macedonian crisis worse. Many of its citizens have reservations of Kotevski accounting of the incident.

Etham Murad, an out of work Albanian, told reporters that he thought the government was manipulating things, because he had noticed nothing out of the ordinary in the past few days before the shoot out. He said Gruevski was trying to cover up the accusations made by Zoran Zaev, the Social Democratic leader. Murad responded to the reporter’s question if he would go to the protest in May by announcing he would go no matter what.

Last week protestors made a demand for Gruevski to resign his nine-year grasp on power. The opposition fought with police and threatened to gather thousands on May 17 for a protest, because he is making the Macedonian crisis worse.

Explosions and automatic weapons were heard all through Saturday and in to Sunday morning, similar to the conflicts in 2001. When Nato broke the peace deal, Insurgents entered in to the government, and apprehensions  are still high because of insufficiency, separation, and glacial pace of cross-examination with the west. Gruevski said that it was a conflict between people who were against the state, and had conflicts with their country, and people who support the state; he stated live on camera the moment the police announced the incident was over.

The U.S., European Union, and NATO organized a joint statement, saying they wanted this tragedy to hasten leaders, to come together and participate in discussion on all concerns with in the Macedonian country, including the long-drawn-out political crisis, which has worsened because of the shoot out with police.

Macedonian Crisis Made Worse by Shoot Out With Police added by Katherine on May 11, 2015
View all posts by Katherine →