It was reported a long time ago that the customers who are presently using earlier versions of operating systems like Windows 7 or 8, will be allowed a free upgrade to Windows 10. This will be free for one year after the worldwide release of the final version of an OS from Windows range. However, what was kept hidden from public knowledge is that Microsoft will charge users for switching to Windows 10 after the first year of free upgrade gets over. Rumors have been doing the rounds for quite some time now that Microsoft will extend the first year free upgrade offer to three years. 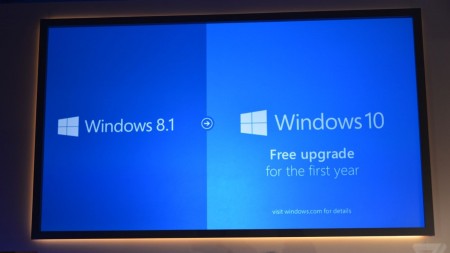 However, thinking logically, a period of three years is also very scant for the company’s quest to have one billion devices install Windows 10 all over the world. Add to that, the billions of smartphones, tablets, and a host of other devices that people use today. Windows 10 is going to be targeted towards all these devices as one platform on which a user could run all his gadgets. Transitioning from PCs to smartphones to tablets will be made fluent and hassle free, while enhancing user experience.

Neowin-Alex Snelson, Marketing Manager, Windows Products, at Microsoft Australia, clarified the scenario after the deadline of one year free upgrade offer ends. It was also posted in the Australian Partner Network of Microsoft Corporation. Snelson confirmed that a free upgrade to Windows 10 will be offered by Microsoft only for the qualified devices which presently run Windows 7, Windows 8, and Windows 8.1 during the free first year of its launch. After this, upgrades to Windows 10 will be charged. Payments for the same would be made through VL upgrades and boxed products.

So, that is the true picture for now. Users, who choose not to make the switch to Windows 10 within one year of its launch, will pay for the same if they want to upgrade in future. The mega launch, by the way, is expected sometime in summer 2015. Also, another important thing that someone building a new PC must keep in mind is that Windows 10 is not free for them. The free Windows 10 offer will be limited to PCs presently running legal, authentic, legitimately licensed versions of Windows 7 or Windows 8. 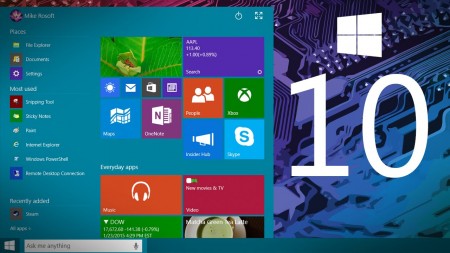 People using earlier versions or pirated versions of Windows operating systems will have to buy an authentic copy of Windows 10. The pricing details of the new operating system have not been shared by Microsoft Corporation yet. There will be a range of Windows 10 versions which will all be launched simultaneously like Windows 10 Home, Pro, Education, and Enterprise, among others. These will be made available to the consumers depending on their use and requirements.

People who would like to try out a free preview version of Windows 10 OS, can get the details here. Thus, Microsoft Corporation has confirmed that the upgrades to Windows 10 operating system will be charged after the first year free upgrade offer ends. This confirmation is bound to be hugely helpful as it will clarify a lot of misinformation and rumors being circulated about Windows 10 being a free service upgrade forever.

Microsoft Corporation Clarifies That Windows 10 Upgrades Will Be Charged After the First Year Free Offer Ends added by Ankur Sinha on May 27, 2015
View all posts by Ankur Sinha →