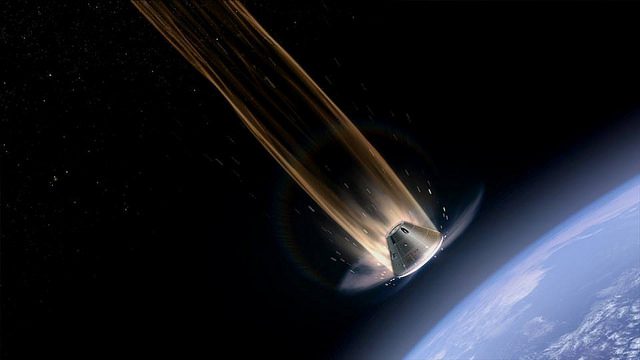 NASA’s Orion spacecraft preludes how spacecraft windows will look like in the future. When astronauts travel with Orion to Mars, they will get a good view of Earth and space through Orion’s windows. Typically, spacecraft windows are made of multiple panes of glass. Orion is designed to have its windows include interior panes of acrylic plastic to improve the integrity of the windows.

Space exploration with vehicles like the International Space Station and space shuttle had humans go beyond the limits. Engineers make sure spacecraft windows are lighter, cheaper and sounder in structure than on previous aircrafts.

The Orion spacecraft, built by Lockheed Martin for NASA, will be the exploration vehicle which will take humans farther into space. Officials hope that its future versions will transport man beyond Earth, such as to Mars. It will provide emergency abort capability, safe re-entry from deep space return velocities, while sustaining astronauts during the space travel.

The use of acrylic in the NASA Orion preludes how spacecraft windows will be in the future. Spacecraft windows are highly-significant. Manager Lynda Estes at Johnson Space Center, Houston, of the Orion window subsystem said, glass windowpanes have been historically part of the pressure shell on space probes that hold the cabin pressure to keep the people inside it alive. They provide thermal protection from entry through the atmosphere of the Earth.

According to Estes, the bad thing about glass is its poor structure as it gradually loses strength. Hence, engineers have been searching for other materials which are better than glass. Some are structurally sound, but not transparent. A polycarbonate material has been considered during Orion’s development, but it has no optical properties for high-resolution imagery.

The engineers use acrylic material instead, since it gives a clear view and comes with a qualified strength. Acrylic is used in aquariums as it can protect the plants and animals from wear and tear of exhibit visitors who at times, press against them, while enduring loads of water.

Orion has currently four windows on the crew module or back shell cone, plus on the docking and side hatches which the crew will use. Each cone window has three panes, the innermost of which is acrylic. When Orion was flight tested in December, the windows were of acrylic panes and engineers will do more testing of its thermal integrity this year. The aim is to have windows made of a glass pane and two acrylic panes.

Estes and her team will test the acrylics on how the panes made by them can handle pressure loads in 270 days. Acrylic panes also help the Orion become lighter as they are not as heavy as glass. It will not jeopardize its strength with its enhanced structural integrity.

Using acrylic panes gives cost savings as well, since plastic material costs lesser than glass. NASA also shares its works on Orion’s lightweight window materials with the Commercial Crew Program, which facilitates the development of commercial crew space transportation systems for reliable, cost-effective and safe access to and from low-Earth orbit and ISS.

The acrylic still has to undergo more tests before NASA engineers can make sure it applies to every spacecraft pane. The application of acrylic in the works makes NASA Orion preluding spacecraft windows as window modifications are giving a fresh outlook of Orion’s future.