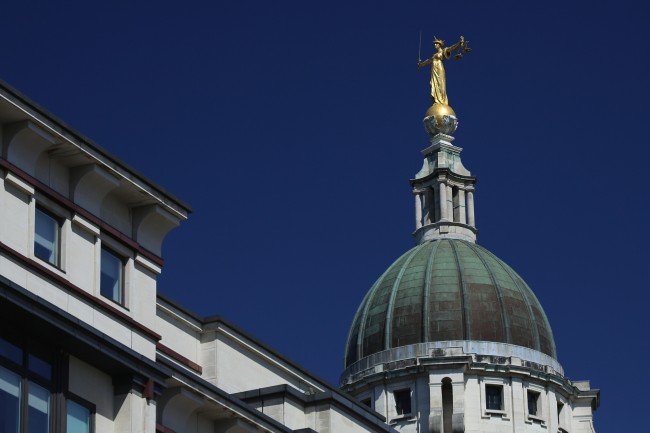 A schoolgirl who was the victim of a pedophile sex ring in Buckinghamshire, Britain said that she was raped by at least 60 men. Her close friend was also allegedly raped by two men. The sex ring was run by 11 Asian men, all living in Britain, from 2006 to 2012, who are now being tried at the Old Bailey.

Both girls, who cannot be named for legal reasons in Britain, are referred to as A and B. There are 45 charges related to A, while four are related to B. They were both abused starting from the ages of 12 or 13. Both girls were given small gifts and bought alcohol and drugs by the men to make them compliant. The girls were from unstable family backgrounds, which made them easy targets. The men conditioned them in such a way that they thought that what was happening to them was normal.

The prosecutor, Oliver Saxby said that the girls were looking for excitement and wanted to feel grown up and looked after. They were so young that they spoke of the men as being their boyfriends. One girl said that she felt happy to be wanted and felt that she was popular. She told the police that she felt obligated to do what she was told because her life was more exciting when she followed what the men told her. “It wasn’t me looking for them. It was them looking for me,” she said, as she explained that the men passed her number around. The victim also said that there were times when she was with one of them and they invited a few of their friends around and she had to sleep with all of them and this accounted towards the 60 men who raped her.

The accused are Taimoor Khan, 29; Faisal Iqbal, 32; Asif Hussain, 33; Arshad Jani, 33; Sajad Ali, 34; Jerome Joe, 35; Akbari Khan, 36; Mohammed Imran, 38; Harmohan Nangpal, 41; Sohail Qamar, 41 and Vikram Singh, 45. The 11 men on trial are some of the few who abused the schoolgirls. Most of them are charged with rape, sexual activity with a child, arranging child prostitution and administering a drug with the intent of raping. The age of consent in Britain is 16.

This was not the first pedophile trial in Buckinghamshire, Britain this year. In February, Bill Byrne, 22, was called a “very dangerous” and was convicted on three counts of sexual activity. He preyed on three young girls and his victims were as young as 12. Then in the same month a former pediatrician, Michael Salmon, 80, was found guilty of sexually abusing and raping six girls. The incidents took place when he worked at the Stoke Mandeville Hospital between 1980 and 1988. His victims, at that time, were between the ages of 12 to 18 years.

Britain has seen a whole slew of child abuse and pedophile ring cases in the past few years where victims were raped by men. Under Operation Hydrant, set up to investigate child abuse cases in the past, the police are investigating 1,433 men. Some of them are famous celebrities and high-profile sportsmen and politicians. The police said that since the investigations started in 2014, they are projected to receive 116,000 reports of such incidents by 2015 end.

The Mirror: Vulnerable schoolgirl ‘raped by at least 60 men after being preyed upon by Asian grooming gang’