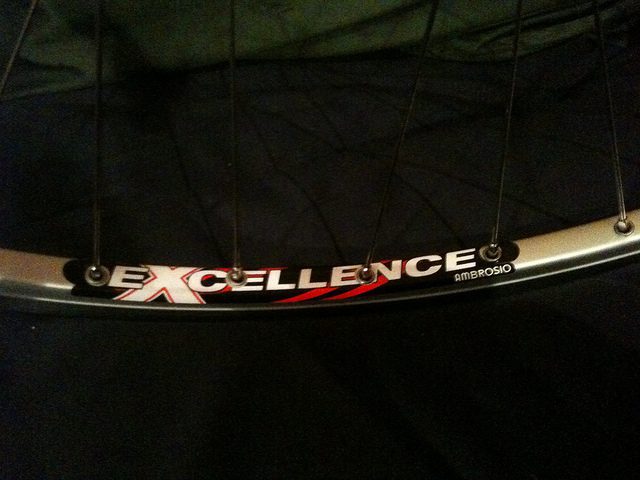 In a world increasingly obsessed with athletic performance studies suggest that there are a number of things that even great athletes can do to find separation from their competitors. There are four broad areas of recently discovered strategies for preparation and training that if included in a scientifically controlled training regimen can lead to world-class athletic performance.

In general terms these performance-enhancing areas include technical training in fundamentals, endurance training where same applies, mental training that includes advanced neuro-linguistic programming (NLP) and diet. The science of training has become big business as top athletes are commanding ever-increasing pay for quality performance. As performance levels increase athletics and trainers’ alike look for whatever might bring even the slightest advantage. What follows, among the many already tried and true methods and approaches to performance excellence, are a few of the less popularly known and applied strategies that are helping bring dramatic results.

Endurance Training and Diet: Here the objective trainer and athlete find a nexus of sorts. The science of endurance training has been recently advanced with the awareness that diet plays a dramatic role when used in adjunct fashion consistent with appropriate physiologically based endurance-inductive training strategies. Nitric Oxide (NO), while popularized a few years back is still relatively under-used and applied. While there are products that one can purchase at the local nutrition center recent studies suggest that the natural sources of same metabolize more efficiently in the body thus producing better endurance and muscle repair after competition.

Many athletes are now turning to fresh beet juice as their preferred source of NO. Heavy in the nitrates that the body converts into NO, beet juice enables the athlete to perform at ever higher levels as its presence in the blood stream makes the body less reliant on oxygen as a main energy source. Long distance runners for example have found that when ingesting fresh beet juice prior to a competition, they consistently out perform their historical best times. Professional basketball and football players and the occasional combat-artist are also using fresh beet juice as a pre-competition prep.

The second natural product that world-class athletes are starting to use is tart cherry juice. It is considered by some to be a silver bullet of sorts as it has chemistry that has a range of very positive effects on the competitive body. When ingested prior to and after competition it helps athletes with inflammation issues that are a fact of competition. Trainers have been known to offer two tablespoons of concentrated tart cherry juice to professional football players prior to and directly after competition with reports that inflammation related injuries and effects are substantially minimized. Tart cherry juice has the added benefit of naturally occurring melatonin helping the athlete sleep properly at night and in strategic naps. It also has a heart and vascular-healthy component that helps the heart and over-all cardiovascular system perform at its highest levels during competition.

For world-class athletic performance it is now considered axiomatic that among the recently discovered strategies informing high-level preparation there must be an emphasis on a Mediterranean-type menu. That is, an appropriate diet for one who excels at the highest levels of competition is one that is balanced with a range of fresh fruits and vegetables, whole grains, nuts and appropriate amounts of meat. The meat issue is yet a source of controversy for some but latest research suggests that the whiter meats are less problematic in terms of fat content and high protein delivery. Additionally, dairy can be an excellent source of calcium, and a range of vitamins and minerals but one needs to be careful to minimize unwanted or an overabundance of deleterious fat and chemicals found in contemporary dairy products. And while some athletes are gluten-sensitive, whole grain wheat is still a very good source of energy as it is properly portioned out for an athlete in the midst of competition.

Mental Training: Much of late has been said about so-called NLP and athletic performance. One Floyd Mayweather Jr. is now legend for his positive application and utilization of same in his pre-fight training regimen. Tiger Woods on the other hand is notorious for negative application of same. It is simple both in method and application yet many fall prey to what, according to psychologists suggest, is a culturally induced and conditioned psycho/linguistic-negativity that works against appropriate neuro-linguistic reprogramming and behavior modification.

To wit; all human beings engage in what is referred to as self-talk. It is a dialogue that sentient beings have with an invisible other deep within the mind. The conversation is, because of the culturally negative programming that all children get in their language formative years, almost entirely negative and defeatist. For example, when a perfectly viable opportunity presents itself to the adult mind, the primal reaction is “I can do that.” It is however almost immediately upended with the negative and performance-defeating thought-statement, “Oh, but I am not good enough,” or some such iteration.

NLP is about reprogramming this negative and defeatist statement and replacing it with a positive affirmation. While the “I can …” statement is good and productive in its own right, according to the literature supporting NLP, the “I am…” statement is more efficient and productive in bringing about positive results. That is, the brain at the instinctual or primitive level does not distinguish between fantasy or reality, it will respond as if the propositional truth statement is true. Because most people are negative, the negative self-talk that so dominates takes ultimate success out of the equation. Athletes like Floyd Mayweather demonstrate what a statement like “I am the best ever!” can produce. In the parlance of academe, the connection between the positive “I am” statement and ultimate success is considered an “answered question.” Research demonstrates that world-class athletes who subscribe to NLP perform at higher levels than their negative also-ran counterparts.

The nexus that develops between NLP and a proper focus and emphasis on what is referred to as technique or the fundamentals of a given sport or competition suggest that when NLP is applied in the positive to training in the fundamentals, the mind, then body can be conditioned to acquire the requisite technical skill-set that can be built upon and lead to competitive greatness. With the recent increase in competition in athletics across the board athletes are looking for a competitive edge. The above recently discovered strategies for world-class athletic performance can take a very good national-level skill-set and turn it into a world-class power that brings not only glory but the monetary reward that naturally follows. It is no wonder that the above strategies are spreading like wild-fire.