Sofia Vergara and Her Battle With Her Ex 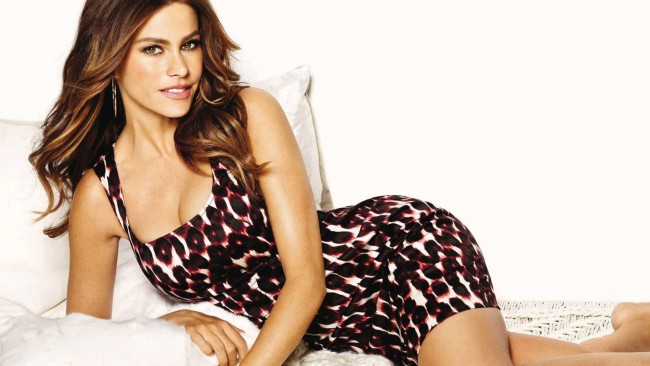 No matter what happens with her ex and the battle over their embryos, Sofia Vergara’s career is in a good place. Vergara received a star on Hollywood Blvd on Thursday, and she is the first Columbian born actress to receive this honor.

Her personal life is doing well also, as shown by her engagement to actor Joe Manganiello of Magic Mike. Vergara has an adult son who is very fond of her, and he gave her a warm, heart-moving speech on her Hollywood walk of fame. He said how proud he was of her, how hard she worked, and described the difficult personal sacrifices she made for her career. The time she had to be away from him was hard, but he understood and was proud to be her son.

This truly magnificent moment for her happened while her ex fiancé, Nick Loeb, was in New York fueling his feud with her over their frozen embryos. Loeb spoke with the Today show to tell his side of the story, they planned to have daughters and he wants to raise the two girls on his own. Loeb said that it is not about wanting to have her baby, but rather that two children were created, and he is pro-life. He is preparing to go to court and the situation is hitting the media circuit hard.

On Thursday morning, as Vergara was preparing for her big day, Loeb was preparing his battle in court regarding his ex-fiance Vergara and her embryos. Vergara gave what she says is her last interview about it, and said Loeb just wants to take advantage of her fame and sell himself in the press. The actress clearly has better things to do than worry about Loeb. For instance, she is promoting the movie she just did with Reese Witherspoon, Hot Pursuit, and her role on Modern Family. Even if the rumors are true about the series being cancelled, she has definitely made a place for herself in this business.

As far as who will get custody, or have a say over what happens to the embryos, it will depend mostly on the contract signed by both of them when they were first frozen. Sometimes, just one parent gets to decide their fate, says family law attorney Joshua Farman. Loeb filed a lawsuit to stop her from terminating them on Thursday.

There are certain facts about in-vitro fertilization that most people misunderstand. Can a couple really decide to have a boy or girl? Does IVF really work? Are IVF children really affected psychologically after the mechanics of being made artificially? Are egg donations as common as egg sales?

The battle Sofia Vergara is facing with her ex may not be easy, but she has the support of her family, who was there for her for the debut of her star. Whatever happens, her career has taken the right path and she is adored by fans all over.