Spiders and Webs Plus Bullets 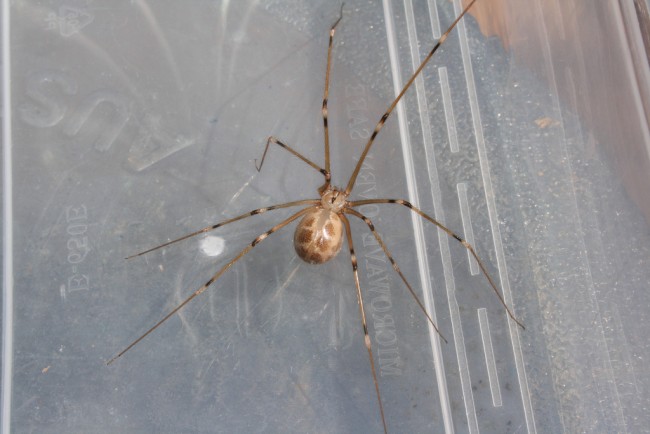 Scientists in Italy have found a way to make the Daddy Long Legs spin a web that is much stronger, possibly being able to stop bullets. At the University of Trento, scientists experimented with these little creatures, spraying them with water-filled nanotubes and grapheme shavings. They compared the webs the spiders spun before the experiment to the ones they made afterwards, using a specialized device that measures the threads. The fibers were stronger than Kevlar, which are the artificial threads used in bulletproof vests. The scientists managed to turn these little guys into little superheroes.

This experiment could lead to researchers to finding out more about spiders, and if scientists could find away to collect the spider silk it could lead to breakthroughs in medicine or engineering. In 2012 scientists, while working on another project dealing with forensics, were able to develop an artificial human skin that was actually bulletproof. It was made from the milk of genetically engineered goats and protein from the silk web.

Spiders have been known to make some of the sturdiest and hardest fibers on earth. Researcher Ingi Agnarsson, while working in Puerto Rico, discovered a new breed of spider in 2010. Known as Darwin’s bark spider, it could create the toughest spider webs and the greatest biological material at the time.

Daddy Long Legs is a term for two different types of spiders – the opilionids or pholcids. Opilionids Daddy Long Legs are spiders that are actually poison free, although most people think they are very dangerous spiders. They are not equipped with fangs or venom, and they feast on decaying vegetables. Pholcids are poisonous hunters and do not actually bite people. However, their incisors are comparable in make up to the recluse spider, so hypothetically speaking they can pierce skin.

Unbelievably, scientists never really bothered to conduct experiments to find out if the venom of these long-legged creatures is dangerous. However, the Discovery Channel’s Myth Busters chose to take on the task. They enticed the spiders into biting the arm of the show’s co-host, which resulted in nothing more than a little burning feeling. Perhaps this television crew should test the webs from the spiders in Italy with bullets, and let everyone know if it really is true.

These experiments may seem silly at first glance, but there is a chance they can take scientists to new levels of understanding, and maybe even help humanity create better goods with significant purposes. Whether or not the spiders that invested the water mixture can spin a web that really is strong enough to stop bullets is not proven, but the super strong web is a scientific break though in itself

When one thinks of poisonous spiders, the Black Widow Spider is the most commonly thought of. Its venom can be deadly, mostly to the very old or the very young. Just a small quantity can make a person very sick. The venom goes right to the nervous system; it then proceeds in causing nausea, stomach-ache, and headaches. A medicine was invented in 1956 to treat the poison. The female Black Widow has a red pattern on its stomach. This particular spider can be found under rocks, debris piles, and piles of lumber.

The recluse spider is fatal and belligerent. Its venom can cause substantial skin loss and nerve loss. There is not any research or experiments being done on making their webs super strong.

The Mouse spider can make a person very sick, but is usually not hostile and will only bite if triggered to do so. It is very dangerous to people, and if bitten by their large fangs, medical help is required right away. These spiders live underground and the male only comes out in daylight – usually to look for a mate.

One Response to "Spiders and Webs Plus Bullets"