This Mother’s Day, Celebrate the Many Faces of ‘Mother’ 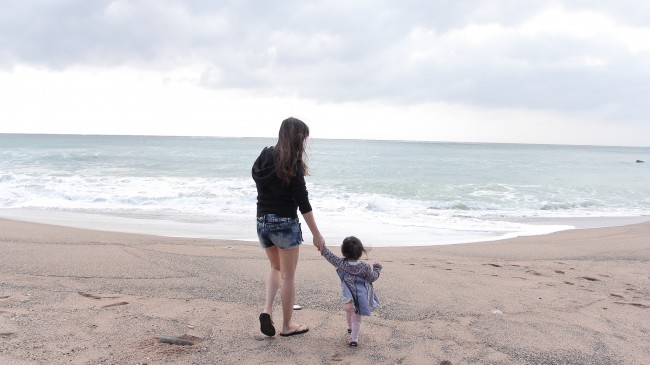 As sons and daughters thank their mothers on this Mother’s Day, there are many people around the world who give thanks to a different person in their lives whom they revere as their mother figure. When life does not go the expected, pleasant way for some people, adjustments have to be made. When a tragedy occurs to a mother, someone has to fill that void and take her position. A daughter who has been nurtured by her mother, ends up taking the her role when a disability develops. A father who has been a child’s protector must become the source of subsistence when the mother leaves or passes. This Mother’s Day, the world gets ready to celebrate the many faces of ‘Mother’ in people’s lives.

Providing a backbone of support is essential for daughters who contribute towards long-term care needs of their mother. This is why it is so important for the mother-daughter roles to be swapped. It is hard for a daughter to see her parent become childlike due to her disabilities. However, in order to have a healthy relationship, the daughter must now treat her parent as her child. With 65 percent of the elderly who are in need of long-term care relying exclusively on members of their family and friends for assistance, role reversals can determine whether or not the disabled parent could remain at home, or if a care facility would be better.

Mother’s Day is the time of the year when people across the world celebrate all the individuals in their lives whom they regard as their mother. Founded in 1908 by Anna Jarvis in honor of her own mother, Mother’s Day was created to praise a bereaved mother. Jarvis’ mother gave birth to 12 children, out of which only four survived. Created in 2010, the International Bereaved Mother’s Day is celebrated on the first Sunday of May. A week prior to Mother’s Day, International Bereaved Mother’s Day is meant to recognize, appreciate, love and bring joy to women who have experienced the death of a child, are struggling to conceive, or who are unable to get pregnant.

While single mothers are being celebrated this Mother’s Day, sons and daughters without a mother are thanking their fathers. In the U.S., approximately two million single fathers play the role of both the parents. Many find the responsibilities of a father to be hard enough, but when a father takes on all the responsibilities of both parents, it can get exhausting. It is important for a father to be involved in his children’s lives. It has been proven that children exhibit healthier behavior and perform better in school when their fathers are involved in their lives. The active involvement can have a positive and lasting impact.

This Mother’s Day, over 80 percent of the U.S. population will celebrate all the mother figures in their lives such as expecting mothers, godmothers, teachers, sisters, wives, and friends. It does not matter who a person reveres as his or her mother, the most important thing is to remember the amount of sacrifice that people have made and the life’s lessons that they learnt from them. This Mother’s Day on May 10, the world gets ready celebrate the many faces of ‘Mother’ in people’s lives.

2 Responses to "This Mother’s Day, Celebrate the Many Faces of ‘Mother’"