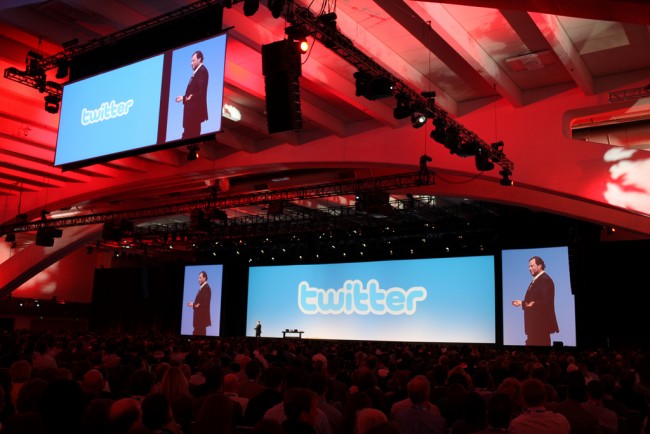 The pioneers of succinct, 140 character maximum messages that often reaches many people is not flying as high as they thought. Twitter was the first to introduce ‘followers’ and with that other social media sites followed the idea. It is an idea that people don’t have to know each other to know what is going on in their lives.

For example, people can know what Dwayne Johnson is doing by simply following him on Twitter. Right now, Twitter is not doing so well, and is not flying as high as expected.

The earnings expected of Twitter were not the actual earnings it made. The company posted its financial results early and warned investors to not set their expectations as high. It is not that their stocks are falling, instead, the stocks prices are not growing as fast as expected.

Twitter’s revenue is now $436 million, up from $250 million the same quarter a year ago. Wall Street set the expectations at $457 million, a $21 million difference. Overall, the investors were told to expect the company’s revenue to between $2.17 and $2.27 billion versus the $2.38 billion Wall Street predicted.

Traditionally, the company has had very few partnerships, but it recently announced a partnership with Google to make it possible for brands and agencies to use Google’s DoubleClick to purchase ads on the social media site.

The succinct social media site is the center of worldwide gossip. On Thursday, U.S. Senator Tom Cotton was cyber-sharing criticism via Twitter about Iranian Foreign Minister’s thoughts about the premature nuclear deal between the U.S. and Iran.

Republican Senator Cotton tweeted things such as “Hey [Iranian foreign minister], I hear you called me out today. If your so confident, let’s debate the constitution. 1/4.” This was reminiscent of how stereotypical elementary school yard conflicts are resolved. From Senator Cotton, a total of four Tweets took place in four minutes. Ironically, the day before, Senator Cotton was tweeting about his newborn child.

This conflict did not happen out of thin air. Apparently, the Iranian foreign minister, Javad Zarif, called Senator Cotton out first. In a sophomoric, pointing of the finger kind of way. 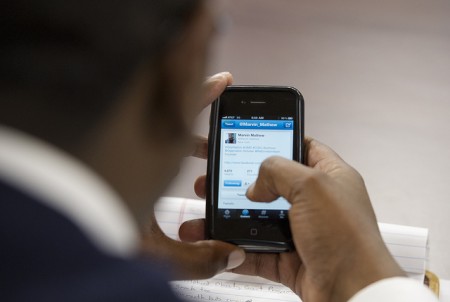 Twitter is not just a place for keeping up with favorite celebrities. It is an avenue for which people can keep up with current events.

The tweeting site claims its growth problem is because the advertiser’s on the social media site neglected to spend as much on a new type of advertisement which prompts the viewer to take some sort of action such as downloading an application or applying for credit. This new type of ad is known as direct response while the tweeting site went for the safer bet and stuck with its traditional general brand image ads.

A site that is founded on spontaneity but neglects to be spontaneous. This seems out of place. However, remember that it is not only a social media site meant to bring people together and to converse, regardless if it is nice or not, it is a company, and its main interest is not just revenue, instead quickly growing revenue.

According to Brian Wieser, an analyst with Pivotal Research, suggested that the negative reaction to Twitter’s stock-growth-slowdown was based on an unrealistic expectation. Implying that the company didn’t do anything wrong.

Twitter is worried about flying higher as fast as possible. Wieser added “It’s hard to grow that fast that consistently.” The social media pioneer is said to be in the awkward teenage years (with growth spurts) according to Mr. Wiener, 360i chairman.