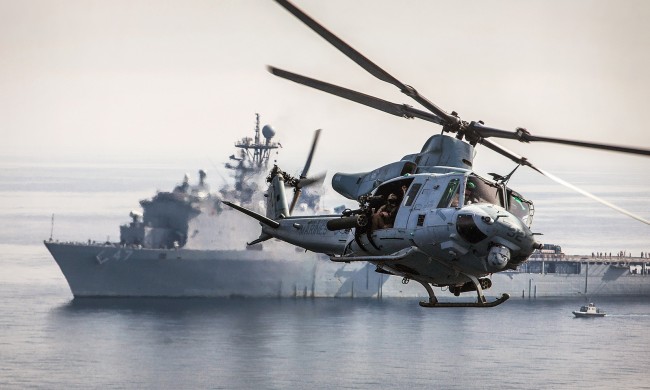 A United States Marine helicopter that was aiding during current relief efforts in Nepal has been reported as missing. There were eight people said to be on board at the time of the aircraft’s disappearance.

The eight people consisted of six U.S. marines and two Nepalese soldiers. The UH-1Y disappeared at approximately 10pm local time (12:15PM ET), over the area of Charikot. Charikot was one of the villages which suffered the most from Tuesday’s (May 12) 7.3 magnitude earthquake. A spokesman for the Pentagon, Col. Steve Warren, voiced the United States military’s hope that the helicopter had indeed landed safely, and was merely out of the communication zone.

A statement was made to NBC News by a military official that although there was no evidence of a crash or accident of any kind regarding the current status of the aircraft, it was dark at the time of its disappearance therefore they could not 100 percent rule out this possibility. Military personnel in Nepal are said to be responding to the emergency and doing their best to investigate the situation.