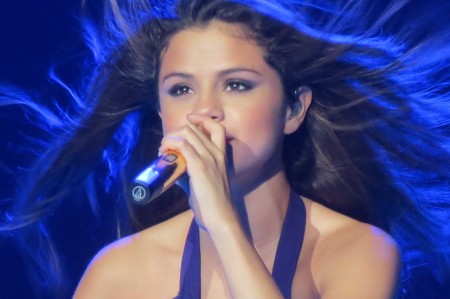 A hot career, new single and three movies in post-production would give most people a lot of self-confidence. But, that is not how it works in Hollywood and the digital age. In today’s social media Instagram and Insta-reaction society, Selena Gomez has been highly critical in social media about the “lies” printed about her and gossip about her personal life, so here is some advice for her.

Gomez recently griped on Instagram that she is frustrated with what is said about her and is ready to show everyone who she really is. Such pointed out that items on the Internet, including articles like this, are meant to keep readers updated but many either rehash old quotes that are not relevant now. Unfortunately, the fact they live forever is the positive and the negative about YouTube, social media, online publications are more. Realistically, Gomez, who will be 23 next month, has been in the public eye since she was cast as a moppet on Barney & Friends in 2001.

So, the first advice for her is stop looking yourself up on Google or on social media sites. The odds are that someone in the spotlight for so long may have had bad days, yo-yoing weight, pimples or said something that seems juvenile now. Avoiding checking on oneself ensures that a negative photo, snarky comment or gossip on whom Selena may or may not be dating, whether current or very outdated, cannot get to her.

The second piece is that people are known by the company they keep. Just ask Taylor Swift, who surrounds herself with other successful females, including Gomez. Friends who are positive influences and role models will be there long after the spotlight is off and the paparazzi have packed up their equipment.

A third piece of advice for Gomez is that time puts distances between old news and new. It may bother her now that a certain ex-boyfriend or two keep getting named in pieces about her, but that will fade and become ancient history. Do articles about Britney Spears still mention Justin Timberlake, or vice versa?

Fourth, these are Gomez’ “college” years. The years from 18 to about 22 is when most young adults spread their wings, experiment (with good and bad things), date around and try to figure out who they are. She has acknowledged that she has struggled with her identify and been trying to figure out where she is going. Selena, that is normal.

In her posting last week, she said, “I am beyond excited to show you the next chapter, the TRUTH.” Gomez added, tempting fans, “I’ve been keeping so many secrets… I’m reborn in every moment so who knows what I’ll become.” Gomez needs to cut herself some slack and realize she is a normal 22-year-old, albeit a rich one.

Lastly, the best way Gomez can rise about the negative nags who knock people down is to continue delivering good music and movies. The singer’s next single, Good for You, and the accompanying video will be released on the have a video and everything. Whether a song about a relationship is about an ex-boyfriend or a fictional one, keep it universal and keep them guessing. That way other people can relate to them and empathize based on their experiences.

The best advice for Selena Gomez is her own. As she said in Seventeen last year (yes, a one year old quote), “You can’t be afraid of what people are going to say, because you’re never going to make everyone happy.”

Sources:
Entertainment Weekly: Selena Gomez teases new single with Instagram photos
Washington Post: Selena Gomez’s frustration
The Mirror: Selena Gomez declares she wants to ”claim her own name” in emotional Instagram post
Seventeen: Selena Gomez Slams Internet Rumors: “I Get Frustrated When I Hear Lies About Who I Am”
Fox News: Selena Gomez: ‘I’ve been keeping so many secrets’

4 Responses to "Advice for Selena Gomez"