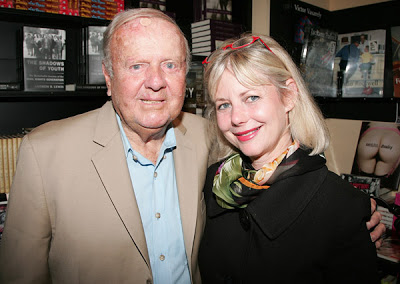 Dick Van Patten, who starred as TV’s Eight Is Enough patriarch from 1977-1981 on ABC, has died on Tuesday, June 23, in Santa Monica, California from diabetes complications. He was 86. While the respected character actor was a familiar face in TV and movies for decades, his best-known role was that of Tom Bradford, the family patriarch on sitcom Eight Is Enough, in which he played a widowed, liberal-leaning dad of a family with eight independent-minded kids. The series made stars of some of the show’s young actors, including Willie Aames (Zapped!) and Grant Goodeve (One Life to Live), who played Tommy and David Bradford, respectively.

The TV series was based on the real-life travails of journalist Tom Braden, who had eight children, was widowed and remarried, and wrote a book about his experiences. The real-life journalist later became one of the commentators on CNN’s Crossfire.

The actor was born Richard Vincent Van Patten on Dec. 9, 1928, in Kew Gardens, Queens, New York. His father, Richard Van Patten, was an interior decorator, and his mother Josephine (Acerno) Van Patten worked in advertising. The comedian grew up in Brooklyn, NY. His parents would take him to see a Broadway show every Friday night, which inspired his lifelong love of acting.

Van Patten, who died from diabetes complications at age 86, also reprised his role as patriarch Tom Bradford in two follow-up movies after the series ended–the 1987 TV movie Eight Is Enough: A Family Reunion and in 1989’s An Eight Is Enough Wedding. In addition to his work on Eight Is Enough, the veteran actor and comedian also appeared on a variety of other TV shows including Sanford & Son, Happy Days, and Adam 12. Moreover, he was also a regular on ABC’s The Love Boat for six years (1978-1984), where he played a politician on the star-crossed lovers’ cruise ship. Furthermore, Van Patten played the ship’s doctor in a TV movie that preceded the series. Actor Bernie Kopell would assume the role of the ship’s doctor, Dr. Adam Bricker, for The Love Boat‘s TV series, which ran from 1977-1987. 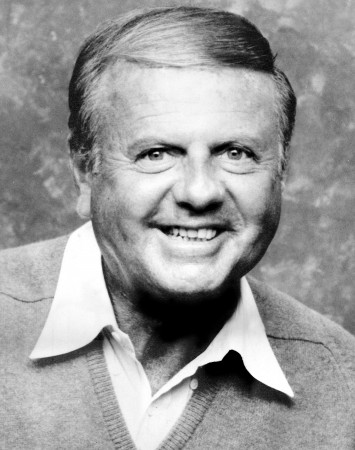 Van Patten was born in New York and started out as a stage actor as well as a child model, who was billed as Dickie Van Patten. At age 7, he appeared on the Broadway stage and continued through his teen years. At which point, he moved to Hollywood and embarked on a long TV and film career. Some of his film roles included 1973’s Soylent Green, which starred Charlton Heston (The Ten Commandments), Leigh Taylor-Young (TV’s Peyton Place), and Edward G. Robinson (The Cincinnati Kid) in his final film role. Moreover, the comedian was also a casting favorite of Mel Brooks and appeared in a number of his films including Spaceballs, Robin Hood: Men in Tights, and High Anxiety.

In addition to his early modeling work, Van Patten appeared on hundreds of radio shows, Walt Disney productions, and in such notable Broadway productions as The Skin of Our Teeth (1942), which earned author Thornton Wilder a Pulitzer Prize for his work. Some of his other film credits also included 1968’s Charly, Joe Kidd (1972), Westworld (1973), and 1976’s Freaky Friday.

Aside from acting, the comedian also developed an early interest in gambling and horse track betting. The thespian’s other passions included animals. In fact, the actor founded a pet food company, Natural Balance, in 1989 and helped establish National Guide Dog Month in 2008.

Dick Van Patten, who portrayed TV’s Eight Is Enough patriarch Tom Bradford from 1977-1981 on ABC, has died on June 23, in Santa Monica, California from diabetes complications. He was 86. The well-respected actor is survived by his three sons (Nels, Vincent, and Jimmy) and sister, Joyce, who all followed him into acting, along with his wife, Patricia, and a half-brother, Timothy, who is a television director.

Written and Edited By Leigh Haugh

5 Responses to "Dick Van Patten, ‘Eight Is Enough’ Patriarch, Dies From Diabetes at 86"