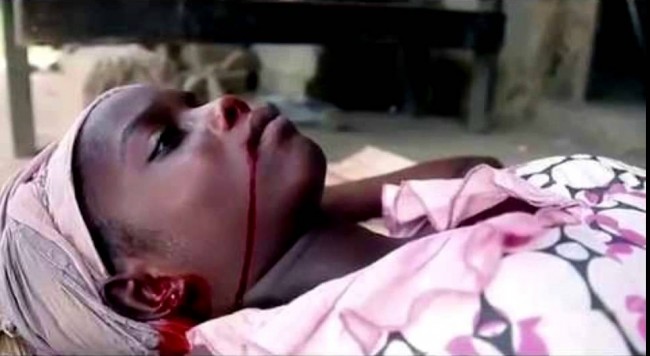 Imagine a parasite so voracious in its attack on its victim that it begins to devour them while alive. Such has the Ebola Virus been described;  with its ability to attack every organ and tissue in the human body except skeletal muscle and bone. CNN reports that, developing a fever, joint pain, fatigue and headache are all early signs of Ebola. The parasite seems tactical in its method of disabling the body defense mechanism allowing it free reign over most organs and systems.

First up on the viruses list of things to do is replicate and since the immune system is being controlled by the virus, its replication city for the virus. For the Ebola patient, it’s like being eaten while alive. Ebola directs the body’s blood to clot excessively, but exclusively in the blood vessels. As the blood vessels start to back up, the body starts to ooze blood. According to IBT Media, once the virus settles in, it slowly convert the body’s collagen to mush and liquefies the under-layers of skin. IBT confirmed Ebola Virus caused internal and external hemorrhaging, bleeding from the eyes, nose, gums and other mucous membranes. It is at this time the Ebola Virus steps up it attack declares HuffPost/ Health Living, then it comes bursting out of our cells and produces a protein ebola virus Glycoprotein,’ the cause of most  of the hemorrhaging. Next to be attacked are multiple organs such as the liver and the kidneys. Again, since the body’s immune system is failing, no organ has the ability to protect itself. Ebola virus’s method of destruction is like being eaten while alive.

According to MDhealth.com, the Ebola Virus has an incubation period of between 2 and 21 days before it starts showing symptoms, yet it’s the low blood pressure and shock in the form of hypovolemia that kills the victim. MDh declares Ebola Virus that causes the disease is also known as Ebola hemorrhagic fever, the victim literally bleeds to death and drowns in it’s own blood, all the while other organs are being eaten while alive. This act alone of the Ebola Virus helps ensure its own survival. The spewing body fluids and blood are teaming with the parasites replications just waiting to spread to the next person.

This last Ebola outbreak nomenclature,’The 2014 Ebola Epidemic,’ was the largest in history and numerous countries in West Africa were affected, reports the CDC. Diagnosing Ebola in a person that may have been infected only a few days is quite hard. the symptoms of Ebola Virus tend to be nonspecific and are similar to other more common infections, such as diseases common to the region like typhoid fever and malaria. The more Ebola progresses in its host and the longer it takes for the victim to seek medical care, the easier it will be to diagnose. Ebola Virus can be detected in the blood only after the symptoms show, especially fever. It could take up to 3 days once the symptoms appear for the virus to reach detectable levels claims the CDC.

2 Responses to "Ebola Virus Is Like Being Eaten While Alive"