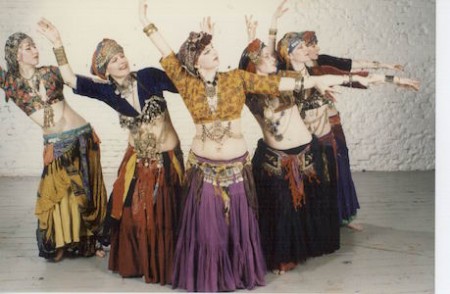 Gypsy Sisters, a TLC show, magically spellbind and trick viewers into a fourth season. This show is a spin-off from the TLC program My Big Fat American Gypsy whose title is a play on a successful 2002 movie called My Big Fat Greek Wedding. Gypsy Sisters displays chaos, drama, and unimportant storylines and is full of friendships, husbands, a matriarch and of course spectacles waiting to ensue.

Originally though, gypsies were traveling individuals who worked seasonally and were known for their fortune-telling, trickery, and trade. Gypsy sisters magically spellbind and trick viewers since the beginning of time. They have been persecuted endlessly and it was because of this reason that TLC decided to make a show about modern Gypsies. Centuries ago, Gypsies originated in Northern India to fight Muslim invaders, although many believe them to have originated in Romania. The group traveled around Persia and Armenia and Serbia. Eventually, the large group split into much smaller groups spreading into eastern Europe.

Today, Gypsies and their culture remains worldwide. Originally dark-skinned and speakers of a variety of languages, they were disliked, distrusted and unwelcome wherever they went. Gypsies continue to migrate and move similarly to Mennonites in the United States and Israel. They seek occupations that can be unhindered by their need to travel. Additionally and maybe because they travel in groups and must entertain themselves they are dancers, singers, and entertainers. In fact, Spanish flamenco is believed to have its roots in the Gypsy culture. Gypsies are industrious too and have learned and mastered auto repair and other valuable trades.

An interesting thing about the culture of ethnic gypsies is the matters that are taboo. The upper half of a gypsy is viewed as treasured and must be maintained clean and pure. The bottom half of a gypsy from the waste down is considered impure. The floor is perpetually unclean and even children born of Gypsies are perceived unclean and away from others at the beginning of their life. Because they are reliant on one another for protection, similar to wolf packs or animal packs the worst form of punishment for them is isolation.

For the same reason that Gypsies are strongly tied to the community they prevent children from learning non-gypsy customs and they are only allowed to attend school through roughly ten or eleven years of age. Although gender roles may seem similar to other cultures, while gypsy women are subservient to men, because they are breadwinners and successful in their own trades, they also maintain their own status and sense of power.

The life of a gypsy can often include an arranged marriage and the determination that she or he will join the family business. Women will be expected to live in the home of her in-laws until she gives birth to her first of usually three or four children. In the event of weddings, funerals, and important matters, the gatherings are enormous often of thousands of gypsies that belong to their network.

Although this show moves away from the core of the culture, Gypsy Sisters magically spellbind and trick viewers to return season after season. While the show has received low ratings, an audience continues to clamor for more episodes. There have, however, been stern criticism from self-proclaimed gypsies that denounce the Gypsy Sisters as a fraud who do not follow the appropriate dress codes, nor speak the universal language of gypsies. For most, Gypsy Sisters is a form of entertainment and as long as it is not mistaken for education, this show will continue to delight many spellbound audiences.