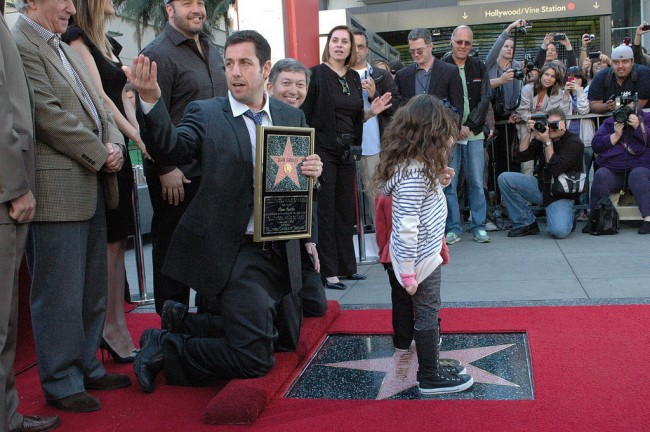 Pixels will be coming to theaters on July 24, 2015. As Adam Sandler’s newest movie release in 2015, a tremendous amount of money ($110 million to make) and hope (his last film, The Cobbler, received an 11 percent critics approval on Rotten Tomatoes) is being put into it. A solid opening for Pixels may help Sandler re-energize an otherwise slumping movie career.

The film’s official trailer shows a wide array of technical feats, bringing Pac-Man and Donkey Kong to life, as well as others. For kids of the Atari generation in the 1980s, Pixels will reintroduce many famous video game characters. Sometimes showing video game stars long forgotten in the Atari vault.

According to director Columbus, Sandler was willing to do what was needed with Pixels to re-energize his own movie career, while halting the recent slump his movies have seen. “Adam Sandler, who I never met, liked a script that we had, which was based on an old Korean movie called Hello, Ghost. And we wanted to remake it. A very emotional movie. And I went in to meet with Adam about that,” Columbus explained. “And as I was leaving, we kind of hit it off and Adam said, hey, Columbus, you should take a look at this script. It’s a rewrite that just came in. We’ve been working on it for a while called Pixels.“

Pixels has generated a tremendous amount of excitement from the trailer. On Rotten Tomatoes, 95 percent of those looking for information on the film are wanting to see it. Constant TV airplay since May, social network advertising and previews before currently released films, has helped increase the interest.

Regarding how the idea for Pixels came about, as well as his own interest and knowledge of the subject, Columbus told Slashfilms, “He (Sandler) told me about the fact that it was based on a short film. So I looked at the film and I thought those visuals are a starting point for us. I mean, we can take them to the next level.” Columbus continues, “That’s why I decided to do it. The story itself is just so fascinating, having, you know, been around working in the ’80s at Amblin and going down, when I was a writer for Steven Spielberg, I used to go down to this room and play, he had all the arcade games and I would play them. So that’s the times I got to know some of the games. But I was just amazed at how this story worked so well from a character point of view as opposed to the short.”

The short Columbus is referring to is a 2010, 2-minute film, written by Patrick Jean. Although permission to use the short went smoothly, anxiety existed about licensing approval for the Atari game characters. Columbus explains, “Sony was still working on some of the licensing. Then as we further got into the writing, I wrote a little on the script with Timothy Dowling and I gave it back to Tim Herlihy who writes with Adam Sandler and we just bounced it back and forth a couple of times. At some point in the process, I don’t remember when, Donkey Kong was an idea and we were like oh we’ll never get rights to Donkey Kong. I said, well let’s try. We’ll try to put it in the movie. And then Nintendo granted us rights. So, I mean, to have this cast is remarkable. I mean, you’ve got like all the greatest hits of video arcade games from the ’80s. And these are superstar game characters. So it’s just amazing.”

Sandler has an opportunity to reverse his movies’ slumping ratings with Pixels. If successful he will re-energize his own movie career, as well as interest in the stars of the video game universe of the 1980s. If the official previews are any kind of indication, Sandler and Columbus will see success.