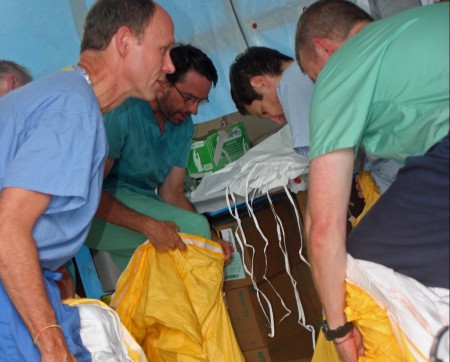 The headline grabbing and fear of Ebola may have ebbed in most of the world – for now – but uncertainty about curbing future outbreaks, an effective vaccine, and how long the virus really stays active in a human remain. Scientists are striving for answers. Besides being the first outbreak of Ebola in West Africa, there was one thing very different about this viral epidemic than previous outbreaks – there are more than 16,000 survivors, providing researchers an opportunity to do a detailed study that looks at the long-them health implications for those who recovered.

Cases keep sprouting up showing the virus’ resilience and ability to remain in the body longer than believed. There was the man who passed Ebola through his semen long after it was believed to be safe to resume sex, and people who have developed problems with their vision and ocular fluid once they “recovered.” Additionally, some survivors have complained of ongoing pain in their joints.

The Ebola epidemic is over in Liberia, but more than 24 new cases have been reported in Sierra Leone and Guinea. Those numbers are far lower than months ago, but indicate that the virus is still spreading in spite of considerable international efforts. To date, more than 27,000 have been infected in the epidemic, with well over 11,000 having died (the World Health Organization believes the number is understated). For those who survived, or may yet catch the virus, health officials are trying to determine what complications and secondary effects Ebola produces.

To develop answers to help in future outbreaks, Liberia’s health ministry and the National Institute of Allergy and Infectious Diseases (NIAID), part of the National Institutes of Health (NIH), are launching a five year study of Ebola Survivors. To see what long-term health implications may arise and how common residual effects are, the study will look at pre-illness medical history and follow the participants for five years.

The study is being set up with 1,500 Ebola survivors and an additional 6,000 who did not develop the disease but are close contacts of the survivors (household members, sexual partners, etc.). The 7,500 in the study will have physicals, vision exams as well as lab samples collected of blood, tears, semen and sweat now and in the future. There will also be detailed questionnaires to be completed. All the resulting data, along with previous medical histories, will help researchers identify and track any recurrent health issues, the levels of antibodies for Ebola in bloodstreams, and if any of the “close contacts” get ill. The researchers also intend to see if survivors or their partners have any other issues arise, such as diabetes, heart problems, pregnancy complications or other immune system changes, that may be traceable back to the survivors’ fight with Ebola disease.

Particular attention will be paid to vision issues, because several survivors have complained of vision loss and inflammatory eye diseases long after recovering. So, ophthalmologists from National Eye Institute (also part of the NIH) and Johns Hopkins University Medical School in the U.S. will evaluate data from participants regarding visual problems to determine optimal treatment strategies now and prevention strategies in the future. Liberian ophthalmologists will provide any needed treatment in West Africa.

Ebola outbreaks have arose every few years since 1976, but none at deadly as the one that started early in 2014. Since then, considerable progress has been made on vaccines and cures that were fast-tracked by health officials. Those experimental vaccines and drugs are still being tested in the hopes they are ready if this waning outbreak resurges or another one elsewhere emerges. In the interim, the U.S. and Liberia are taking hard looks at the long-term health implications of the virus with a detailed study of survivors and those close to them in the hopes of understanding more about Ebola.