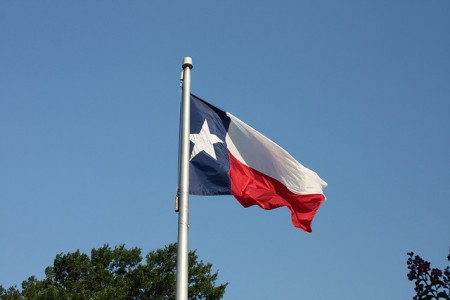 On Friday, the Supreme Court issued their decision to make same-sex marriages legal in every state, and on June 29, 2015, Texas Attorney General Ken Paxton issued a statement saying that if same-sex marriages go against what judges’ or state employees’ religious beliefs are, they do not have to grant a marriage license to same-sex couples and can say no. Officials on both sides of the fence started weighing in on the issue as soon as the court made its decision, and Paxton made his opinion known in the statement, “Judges and state workers may claim that the government cannot force them to conduct wedding ceremonies against their religious beliefs.”

Texas Attorney General Paxton may say that state workers and judges can say no to same-sex marriages, but they will have to deal with the possibility of being fined. Paxton says there are lawyers that will take on the cases, and many would be willing to handle the cases at no cost to the employees. Paxton says he will continue to be a public voice on this issue.

The attorney general did say that the permission is granted solely due to his opinion, that it does not protect anyone from prosecution, and that it is only meant to be of guidance to people with certain religious beliefs against same-sex couples. The defense would be dependent on the facts of each case. Religious beliefs can be protected by each states’ laws and constitutions, but people should not depend only on them to express themselves on this issue. The American Civil Liberties Union seemed to have expected his reaction when they issued a statement saying that there will not be much anyone can do to prevent same-sex couples from being married. Rebecca Robertson of the ACLU of Texas said, “Religious freedom is an important right which is protected by the First Amendment, but it does not mean that government officials can hide behind it as an excuse to not follow the laws of it on marriage.”

Texas is one of 14 states that has either had a ban or laws against gay marriage for many years, and on Friday, the U.S. Supreme Court’s decision overrode those laws. After the news broke of the U.S Supreme Court’s decision, gay couples crowded into clerks’ offices all over the state, but some were not issued a marriage license. Potter, Victoria, Ector, and Maverick counties were just a few offices that said they would not issue the licenses until Paxton told them how to proceed. On Thursday, the attorney general asked clerks not to grant any licenses until he instructs them on how to handle the requests, and on Sunday, June 28, 2015, Paxton issued the statement to state workers regarding his thoughts of what they could do.

Paxton’s legal advice to state employees will more than likely delay same-sex couples from marrying in the very near future. Some officials said that Paxton has overstepped his bounds by advising everyone that the U.S. Constitution does not apply to them. If a judge chooses not to marry same-sex couples because the Texas attorney general, Paxton, said they can, then he may be held liable on an individual and on an official basis, for refusal to maintain the law, and quite possibly be removed from office for abuse of power.

Texas Attorney General Tells Judges Not to Marry Same-Sex Couples added by Katherine on June 29, 2015
View all posts by Katherine →