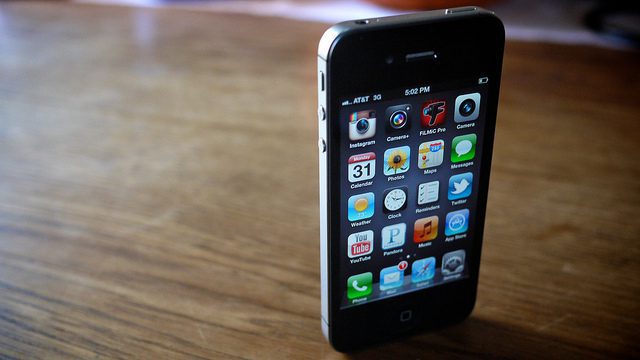 It is not new to anyone that privacy is a hot topic for both citizens and government officials. Edward Snowden’s courageous act revealing how the NSA had been spying on citizens through collected data from cell phones and the internet has raised paranoia among the American people. There was also the iCloud breach where all the nude celebrity photos got leaked on various sites. Followed up with that, was the so-called “Snappening” where users from the anonymous image-sharing site, 4chan had hacked into a Snapchat data base containing various photos and videos, then leaked them online. Luckily a lot of photos were harmless selfies, but there were an unlucky few who had nude photos and explicit videos released. Apple’s CEO, Tim Cook took a stand for Fourth Amendment Rights at the EPIC’s Champions of Freedom event on Monday.

It is quite obvious that privacy has become a private good lately. People have to buy their protection from hackers and spies. No doubt is it an incredible business opportunity for the computer-savvy to capitalize on by offering their service. After the recent breaches that have occurred in the online world, demand is incredibly high for internet privacy. Cook believes that it is a fundamental right for everyone to enjoy. He was bold in his stance of calling out other companies and their practices.

Google is the most used search engine in the world and many may think it is safe. They have also made it easier by implementing My Account which connects Google Plus, phone contacts, YouTube, GPS, photo storage, etc. all into one nicely packed page. The services are free, but Cook has revealed the real product is the user. All the information that is collected from searches, YouTube videos watched, locations, even photos are all put into a database. Google collects data from photos. Yes, the free photos storage is actually used by the company to track what people are taking pictures of. All of the data is then gathered and sold to major corporations which generate ads specific to the user’s likes and interests.

Facebook does the exact same thing by observing status updates and pages that are liked. Although the companies state they gather the information to create a better web-browsing experience, Cook stands for Fourth Amendment Rights believing it is intrusive when people today are storing personal information on their devices. He said in his speech, “We believe the customer should be in control of their own information. You might like these so-called free services, but we don’t think they’re worth having your email, your search history and now even your family photos data mined and sold off for God knows what advertising purpose. And we think some day, customers will see this for what it is.”

Encryption was another subject that was touched on at the speech. Policy makers in Congress have tried asking Apple to allow them a secret key that allows them to access data in case of terrorist emergencies. Cook revealed that he is not allowing this is in anyway, shape, or form. He believes that if any backdoor is made accessible, then hackers will use every resource possible to acquire it. Removing encryption options for Apple consumers would put their information at risk for the benefit of the government’s easy access. “We think it’s a critical feature for our customers who want to keep their data secure. For years we’ve offered encryption services like iMessage and FaceTime because we believe the contents of your text messages and your video chats is none of our business,” Cook says.

Apple still collects data from its users, but he states that it only gathers the very minimum to still provide a good browsing experience. Cook will continue to stand for Fourth Amendment Rights in making Apple products a trusted place for consumers to store their data.

NewsMax: Apple’s Tim Cook: We Have Fundamental Right to Privacy

Digital Trends: Tim Cook is right about privacy and encryption: We shouldn’t give them up for Google