Ukraine Dressing Down Expected for Putin During Visit to Pope Francis 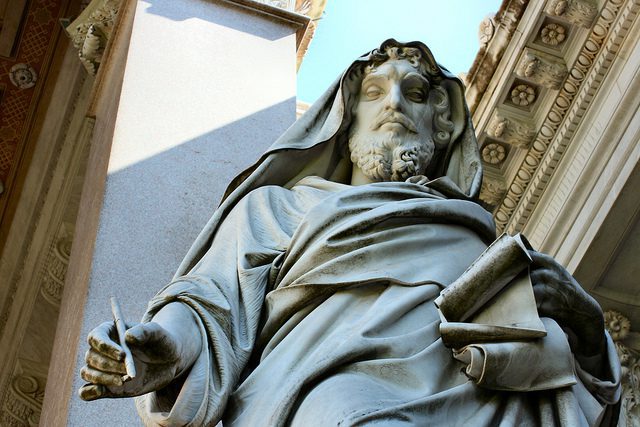 Ukraine is expected to be at the top of Pope Francis’ agenda when Vladimir Putin visits the Vatican on Wednesday, June 10, and the world waits with bated breath to see if the Russian president gets a dressing down over his recent invasion of the Eastern European country. The Holy See is not afraid to speak out on global issues and his wishes for peaceful resolutions to the conflicts in Ukraine, Iraq and Syria are well documented.

Argentinian Francis, who was elected Pope by papal conclave in March 2013, quickly developed a reputation for being a diplomatic peacekeeper. An advocate for interfaith dialogue and the closest thing the Vatican has seen to a revolution since its birth, Francis pushes the limits of theology and papal power. He has shunned the pomp and ceremony of life as the pontiff, choosing to live in smaller guest accommodation within the Vatican rather than in the Pope’s apartment inside the Apostolic Palace. In his first appearance as Pope on the balcony of St. Peter’s Basilica, Francis spoke of Roman Catholicism as a “journey of friendship and love.” He then encouraged the large gathering of onlookers to “pray for the world.” It can be argued that Francis sees his role of Pope as one of facilitator for the unification of humankind, rather than as the glorious, revered head of one of the world’s oldest institutions.

Putin is a devoutly religious man. As a member of the Russian Orthodox Church he has tried to veer Russia away from its secular communist roots and re-establish a unity between church and state. Putin has said, “It is not possible today to have morality separated from religious views.” Evidence of this principle can be seen in the scandal surrounding the imprisonment of feminist pop punk band Pussy Riot in 2012, as well as Russia’s restrictive homosexuality laws and their enforcement of religious ethics classes for all students.

Former KGB officer Putin has also extended the hand of friendship to the Jewish community in Russia. Chief Rabbi Berel Lazar declared him the most “pro-Jewish president” and expressed his fears for Jews in the region should Putin ever be ousted from his position of power. The current government has renovated numerous synagogues in Russia as well as establishing the Jewish Museum and Tolerance Center in Moscow, but critics argue that Putin’s pro-Jewish stance is purely a political move to justify his country’s invasion of Ukraine. Kremlin claims that the government of Ukraine is littered with Neo Nazis and fascist officials so far remain unproven. In April 2015, Pope Francis used his Easter address to wish peace for all the parties involved in the Ukraine dispute.

When Putin visits Pope Francis next week, it is not just the Ukraine that is likely to be discussed with the Holy See. Syria has long been a concern for Francis and Russia is a key player in the conflict. Syria is undoubtedly one of Russia’s closest Middle Eastern allies and despite claims that they are not taking sides in the civil war, it is apparent that Putin has a special bond with President Bashar Al-Assad and supports the Syrian government’s fight against Islamic terrorists ISIS. Francis has tried to enlist the support of Orthodox leaders in condemning Islamist attacks on Christian groups in the Middle East, but has diplomatically called for negotiations and a cease fire with regards to the situation in the Ukraine, rather than placing any blame on Moscow. This may be a sign that Francis is still aware of the tensions between Catholic and Orthodox Russians, remnants from hostilities during the Cold War.

Francis may have little to fear, however, as Russia’s involvement with the Syrian conflict may be coming to an end. Reports suggest Putin is wavering in his support for Assad. As the United States of America and Russia agree to further talks regarding the country’s future, officials at the Russian Embassy in Damascus are beginning to return home, a loss that the Assad regime will have to work hard to recuperate from.

Putin has not had any contact with Pope Francis since their first meeting in 2013 and many have speculated if this is because his political morals are conflicting with his religious ones. Putin appears to respect the church and His Holiness, but should the matter of ongoing conflicts in Ukraine and Syria be broached, and it is highly likely they will be, some cannot help wondering if the scene will be somewhat reminiscent of a young boy, Putin, getting a dressing down from a disappointed elder, Pope Francis.

The Atlantic: Will Pope Francis Break the Church?

HollowVerse: The religion and political views of Vladimir Putin