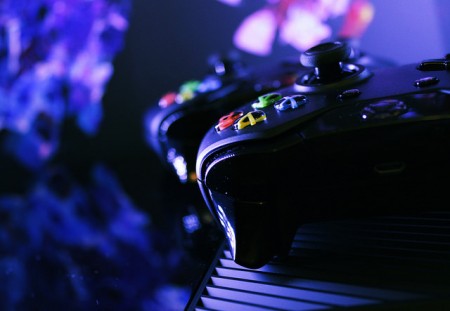 The Xbox One game console is now cooler with the new Elite, backward compatibility where it can run Xbox 360 games, a new 1TB model, upcoming cool games and more. The ongoing Electronic Entertainment Expo 2015 sees the debut of Xbox One Elite, the new game controller from Microsoft. The Redmond-based Windows platform owner created for hardcore gamers the Elite controller with interchangeable thumbsticks, buttons and paddles and which functions can be swapped around. Elite will be on sale this October at $150.

This week’s Electronic Entertainment Expo 2015 had the presence of Microsoft as early as on Monday when the company held its press conference at the convention. The E3 is an annual conference about video games which interests thousands of gamers, journalists and bloggers worldwide.

Compared to the standard gamepad, the new Elite is a more customizable wireless controller that comes with game-changing accuracy and will work with Xbox and Windows 10 and can serve as a rival to the equally remappable and computer-friendly Steam Controller.

According to The Verge, the Elite wireless controller is among the most impressive console controllers. It is a high-end gaming mouse with removable and replaceable parts, but with easy customization as its paddles and joysticks pop up and off like refrigerator magnets. The Elite will be a useful tool for those who are spending more time gaming with Microsoft’s game console.

The new game controller is priced almost half of that of Xbox One’s, which package includes its own controller. Aimed for “pro level precision,” The Verge found it well-built, sturdy and without anything that feels loose, despite being with adjusting parts.

Xbox One head Phil Spencer of Microsoft calls the Elite as “an elite controller for the elite gamer,” another form of the regular gamepad with some add-ons. Added to Elite are four interchangeable paddles, remappable buttons, Hair Trigger Locks for shooting precision control and completely swappable components. The removable paddles in stainless steel when attached, always keep the gamer fingers on the thumbstick.

Furthermore, button mapping, the sensitivity of the thumbstick and the minimum/maximum top trigger levels can be fully customized by the user through a standalone app. The app will be out for both Windows 10 and Xbox One. As per Microsoft, user controller preferences stay in the cloud while the Elite gamepad can have two user profiles, which allows handy switching between settings for the player.

Forbes said that Xbox One comes cooler with Elite, backward compatibility, a new 1TB model, sweet-looking games and more. It says the heavy-duty Elite controller is better than the new retro gamepad of Sony Corporation, with all its cool functionalities like using it in more than a single device, such as, PCs and Xbox One, without changing settings again. The rear paddles can replicate the face buttons so the gamer does not need to move his thumbs out of the thumbsticks.

The only downside of Elite is its $150 price tag, said Forbes. As for the Elite price, Business Insider suggests that gamers wait for the new controller to drop before buying it. Microsoft may offer it cheap in the holiday season or during a flash sale.

Meanwhile, the Xbox One home screen will be revamped so that pressing the Menu and View buttons simultaneously will show the Xbox 360 guide, complete with all the features, including digital video recorder support and screenshots. This is for the backward compatibility feature, which allows Xbox 360 games to be playable in the newer console.

Microsoft’s console is recently released with a 1TB hard drive and a matte finish in North America, Europe, and Australia. Microsoft announced upcoming games for Xbox One, such as Halo 5: Guardians, Minecraft HoloLens edition and Forza Motorsports 6. As what has been learned from the recent updates, Xbox One now comes cooler with Elite, backward compatibility, 1TB model, upcoming games and more.