Cockroaches are known as nefarious creatures with a bad reputation. Although these insects are traditionally associated with disease, squalor, and dirt, truth be told, these resilient creatures have redeeming qualities and a great deal to offer the world. Moreover, they are a very intriguing species to explore. Much like spiders, these creatures also have some remarkable similarities to humans. Here are 10 interesting tidbits and little-known facts about cockroaches.

1. Many Varieties Exist and Not All Are Pests –Cockroaches are interesting insects of the order Blattodea, which is also known as Blattaria. While nearly 5,000 species of cockroach exist, only about 30 species are associated with human environments/habitats. Moreover, only four species of cockroach are well-known as pests. These four common species include German, American, Asian, and Oriental cockroaches.

2. Termites Were Derived From Cockroaches–At one time, termites were considered a separate order from cockroaches. However, recent genetic evidence has strongly suggested that termites evolved directly from ‘true’ cockroaches, and many experts now classify them as a sub-species or family of Blattodea. Blattodeans, which are composed of cockroaches and termites, as well as Mantodea, which include praying mantises, have been determined to be closely related and are combined by entomologists into a superorder referred to as Dictyoptera.

3. The Origins of the Species Date Back to Prehistoric Times–The earliest cockroach-like fossils, which are known as roachids or blattopterans, were known to exist in the Carboniferous Age and date back over 350 million years ago. However, these fossils differ significantly from modern versions of the species in size and body structure. The first fossils of modern cockroaches appeared in the early Cretaceous Era, which dates back as far as 150 million years.

4. Cockroaches Rarely Co-Exist With Humans–Very few species of this insect coexist in human spaces. Out of approximately 30 species of these creatures that can be considered pests, most species occupy localized or niche habitats that are located in caves, burrows, forests, or brush. As a result, humans typically do not come in contact with them and there are thousands of species of this bug that are unknown to most people.

5. Most Cockroaches Are Nocturnal and Highly Adaptable–As a result, most species will tend to avoid light. However, an odd exception is the Asian cockroach, which is actually attracted to light. These creatures live in a variety of environments around the world. Pest species of the insect have been found to adapt readily to a wide range of environments, but generally prefer humid, warm conditions found within confined spaces and/or buildings. However, most tropical species prefer even more humid environments and do not prosper in the average household. 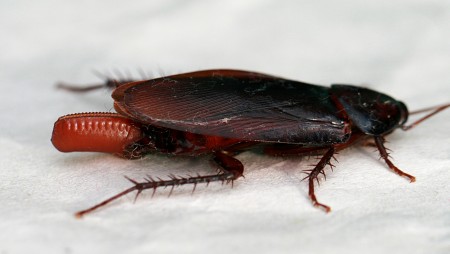 6. Cockroaches Like to Be Touched–Another interesting tidbit and little-known fact about this insect is they are thigmotropic, which means they are tactile creatures who like solid contact touching them against their bodies (preferably on all sides). As a result, they seek out cracks and crevices that will offer them the comfort of a tight fit. For example, the small German species can fit into a space as thin as a dime. While the more sizable American species could squeeze into areas that are the thickness of a quarter. Moreover, pregnant female cockroaches can fit into a crevice the size of two stacked nickels.

7. These Creatures Rely on Sensory Input for Survival–The spines on the legs of these insects are not only used in sensory functions, but also aid them in locomotion. These bugs are also known to leave chemical markings via their excrement, as well as emit airborne pheromones for mating and swarming purposes. Moreover, other species will follow these trails to locate food and water sources, as well as discover where other species and fellow bugs are hiding.

8. Cockroaches Have Their Own Personalities and Character Traits–Recent studies have also suggested that these insects have their own personalities and even display different character traits. This discovery could explain why these bugs are considered so resilient and able to adapt to a variety of environments and/or inhospitable surroundings. While some ‘braver’ species may venture out into new environments, others will remain behind to determine if their surroundings are safe.

9. Cockroaches Are Good Mothers–A mother cockroach protects and incubates her eggs in capsules or sacs referred to as oothecae, along with a thick protective case, called the ootheca. Some of the species’ mothers will carry the ootheca attached to their bodies until the eggs are ready to hatch. In other cases, the female will secure the ootheca (or affix it) to a substrate for the safe keeping of her offspring. 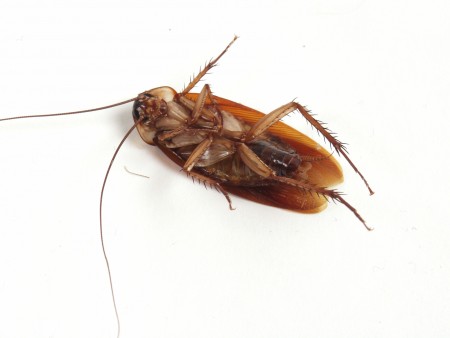 10. Cockroaches Are Beneficial to the Environment–The disappearance of these insects would disrupt the nitrogen cycle, which is of paramount importance to the environment. Since most of these bugs feed on decaying organic matter, the process of them consuming their meals traps a great deal of nitrogen. A feeding cockroach has the effect of releasing that nitrogen in their feces, which is then deposited into the soil, and in turn is recycled by plants. Consequently, the extinction of these insects would have a tremendous impact on the environment, forest life, and eventually on all of the species on the planet.

These interesting tidbits and little-known facts about cockroaches are not only entertaining and informative, but they are also intriguing and surprising. While these insects are known as nefarious creatures with a bad reputation, in truth, these resilient creatures have redeeming qualities and a great deal to offer the world. Much like spiders, these insects also have some remarkable similarities to humans. Hopefully, these 10 interesting tidbits and little-known facts about cockroaches will help readers discover the real truth about these insects. All creatures–large and small–are just trying to survive as well as find pleasure in life. Moreover, all beings contribute something to the vast eco-system and global community. While humans are not ready or willing to share living space with these insects (and rarely do), there is plenty of room among the global community for all species to exist and these creatures may not be as repulsive as once imagined.