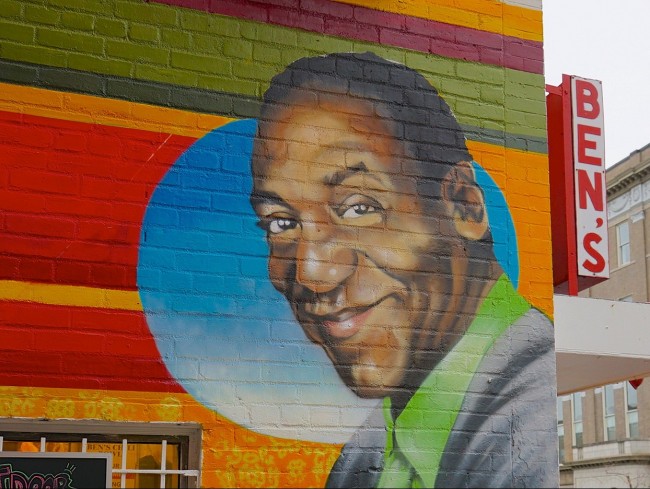 Many are on the rampage trying to get Bill Cosby’s legacy erased from entertainment history. However, what do a man’s personal trauma and ill-fated decisions have to do with the great work he has created throughout his career? From pulling The Cosby Show from syndication, to petitioning for Cosby’s Hollywood Walk of Fame star removal, to (now) requesting his Presidential Medal of Freedom be revoked, the masses should be aware of one thing: Bill Cosby drugged those women, not Cliff Huxtable.

His career spans decades, having given entertainment some of the best work in American history. Writer, producer, director, actor, comedian, and activist are simply a few of the hats Cosby has donned in his plentiful career. Fans laughed for over 30 years at The Cosby Show, watching Cliff and Claire manage an upscale house in the city of Brooklyn, New York, with their five children. A Different World gave hope, levity, and poignant messages to kids of color as they watched Dwayne, Whitley, Kim, Ron, Jaleesa, and many others travel through college life at the fictitious HBCU (Historic Black College University), Hillman College. Fans will also never forget the famed animation, created from characters done in the comedian’s stand-up comedy shows, Fat Albert and the Cosby Kids.

With a Doctor of Education from the University of Massachusetts-Amherst, Cosby has not only been a man of great comedy and entertainment but an advocate for education and enlightenment as well. It is because of these many successes that fans were (and still are) shocked and appalled from hearing allegations that the media icon drugged and raped over 20 women throughout his illustrious career. However, does one punish another professionally for wrongful acts done privately? Amherst certainly thought so as they disassociated themselves from the actor due to the public accusations.

Petitioners gathered together to force the Hollywood Chamber of Commerce and the Hollywood Historic Trust to remove the actor’s star based on the allegations of Cosby’s actions. An effort that was found to be futile as both organizations stated that no star has ever been removed. Stars are given based on entertainment merit and work and do not reflect one’s personal or private standing. Many friends of the comedian have since come out saying that with over 20 women all claiming the same thing, it is in their best interest not to bash the actor. However, they do not agree with the alleged actions of the celebrity, no matter how true or false they may be.

The foolery goes all the way to the Oval Office as petitioners have requested that the activist’s Medal of Freedom also be revoked. In a press conference, President Obama stated that America has no mechanism for revoking a presidential medal. He went on to say that though he may be unable to speak about the matter directly, any man or woman drugged and engaging in sexual activity without consent is a victim of rape. With scandals happening across America with gay rights, police brutality and a slew of celebrity mishaps, it seems that citizens can not see the forest for the trees as they continue to try to destroy the actor.

It is, without a doubt, a tragedy to have any human being drugged and sexually taken advantage of. However, as loathsome as the comedian’s alleged actions are, they, by far, are in no relation to the creative works he contributed to the world of entertainment. Many go back and forth in opinion about certain organizations and companies that have cut ties due to the allegations against the comedian. Yet, many do not believe that the work itself should be punished because its creator may have made more than his fair share of idiotic choices.

Cliff Huxtable was a great man, fictional or not. The family that was portrayed on The Cosby Show was (and still is) a great example for many families of any race or color. The students throughout the years that have heard profound words out of the educational advocate’s mouth probably do not support these alleged actions, but take with them the positive messages that the activist may have imprinted on them. The years of work that has proved a positive beacon for people of color can not and should not be decimated because the man behind the curtain made bad choices. When will America realize that Cosby (the man) may have drugged these women, but not Cliff Huxtable (the work)?

If, in fact, the statute of limitations had not passed, Cosby would (and should) be tried and convicted for his actions against these 20 plus women. However, because the limitations have indeed been long reached, people are grasping, in frustration, for a myriad of short straws that will destroy the Cosby legacy. That is as absurd as thinking that it is okay to drug women and have non-consentual sex with them. No one agrees that the actions to harm these women are right. What people are on the fence about is the destruction of all that he has worked for (and on) in the process. One has nothing to do with the other. It is for this reason that petitioners and boycotters should be made very clear of one key component: Bill Cosby drugged women, not Cliff Huxtable. However, because they can not go after the man himself, they figure that his legacy and work will have to do.