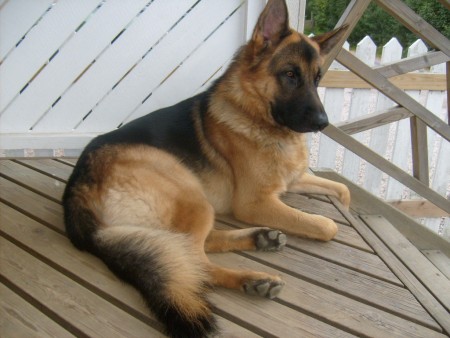 Hiking in the mountains of Colorado can be dangerous at altitudes of 14,060 feet, especially when chances of lightning are great. On Sunday, June 28, a man, his dog, and a group of friends were caught in the same situation that led to a German shepard being killed after saving the life of his owner after he was struck by lightning. Jonathan Hardman, who is now said by doctors to be out the hospital, told the tale of what happened on Mount Bierstadt, and how his beloved late-dog saved his life.

Hardman said he planned to go hiking on the beautiful Sunday morning with his friends Matt Dayer, Mary Prescott, and Will Chandler. He also brought his faithful German shepard, Rambo, with him and his fellow hikers.

The group wanted to reach the summit before noon, so they got an early start. “It was beautiful the whole way up. I didn’t even have to put on a long sleeve shirt until I was almost at the top,” Hardman said during an interview with reporters. The group reached the summit at 10:30 a.m., and stopped to take pictures of the breathtaking views until about 11:00.

When the five began to descend the mountain, the weather changed suddenly. “It started hailing like crazy when we were coming down the mountain,” Prescott said. She explained that they could not find shelter because they were in an area without trees or cover.

The weather started to grow even more fierce, with severe thunderstorms moving into the area. Chandler, Prescott’s fiancé, stated in the interview that one of the only things he remembers was, “a light.” He said he recalled seeing, “a bright light hitting the ground.”

At the time of the lighting strike, Hardman was tending to his dog. “I was coaching my dog down, telling him to jump where I was and next thing I know, I just wake up, and I couldn’t move my hands or my arms or my legs,” he said.

After being momentarily paralyzed, he got up and began looking for Rambo. Hardman told reporters he, “just saw him lying there.” Rambo was also hit by the lightning bolt – he was killed instantly. 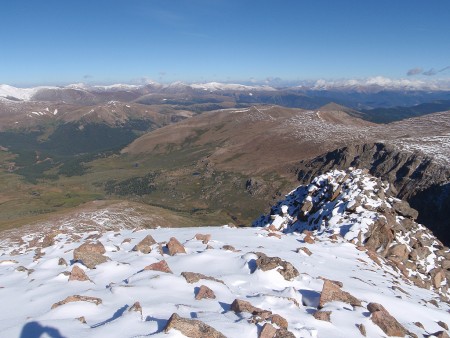 Hardman’s friends rushed to help him, as he was bleeding severely from his injuries. Unfortunately for the group, they would have to withstand the pain from their injuries and hike down the mountain, because they were at too high up to get a rescue helicopter. The storm grounded all small aircraft in the area.

As the hikers slowly made their way down the mountain, Hardman insisted that he was not going to leave without Rambo. One of the hikers attempted bring the dog back down. “I saw him trying to throw his lifeless body over his shoulder,” he said. However, everyone’s injuries were too severe for them to carry a 70-pound German shepard.

Dayer was apparently just far away enough from the lighting strike that he was not injured as badly as the others. Prescott sustained scrapes and bruises on her stomach from falling to the ground, and a large gash on her forehead that required over 40 stitches to mend. Chandler also had blunt force injuries to his face from smacking his head on a rock when the lightning bolt hit.

After being rushed to a Denver-area hospital, doctors found that Hardman suffered a direct hit from the lighting strike. He had numerous gases and wounds all over his body, including one that shows where the lighting bolt may have hit him.

Doctors surmised that since the dog was right beside him, some of the electric charge from the bolt would have been transferred to the dog through his body. “My doctors told me that [Rambo] shared that electric charge with me, because he was right next to me,” he said. Had it not been for Hardman’s faithful, loving dog, Rambo, being next to him, he may not have lived.

NBC News: Owner’s Dog Likely Saved Him and 13 Other Hikers Struck By Lightning

CBC Radio: Hiker’s dog saved his life when they were hit by lightning