Emergency Declaration for Idaho Wildfire That Has Torched 2,000 Acres 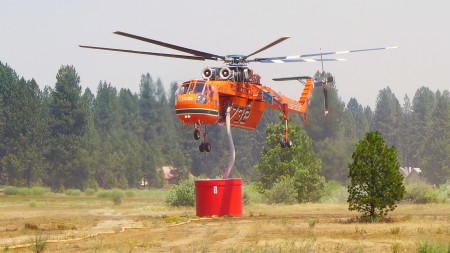 On Monday afternoon, Idaho Governor Butch Otter signed and issued a emergency disaster declaration for the counties of Bonner and Kootenai, which have suffered extensive damage from the Cape Horn wildfire near Bayview that began on Sunday. The wildfire has been burning strong for the last 24 hours, torching over 2,000 acres and six homes. Over 200 residents have been evacuated as the fire grows.

“Our thoughts and prayers are with the families and individuals who have lost homes in the area,” said Governor Otter. The Federal Emergency Management Agency (FEMA) will be sending federal fund to help with the containment and aftermath of the rapidly moving Idaho wildfire.

Residents down wind of the wildfire are to prepare to evacuate in accordance with alerts from local authorities. Brad Richy, the director of the IBHS, explained that heightened fire conditions will most likely remain for the rest of the summer in the area.

Current reports state the fire is zero percent contained, and growing larger than 2,000 acres. Last night, the fire caused a rock slide in a mountainous region that blocked a road for firefighters to get into the area to battle the blaze.