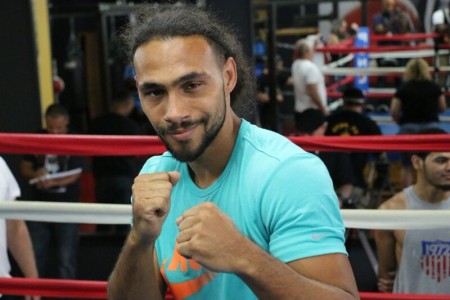 There will be a full card of boxing on ESPN this Saturday, July 11, at the USF Sun Dome in Tampa Bay, Florida. Televised coverage will start at 9 p.m. ET/6 p.m. PT, with a showdown featured between Keith Thurman and Luis Collazo, with the Welterweight World Champion title and belt on the line. Keith “One-Time” Thurman is undefeated, with a record of 25-0 with 21 of his victories by KOs and Collazo’s record is 36-6, with 19 of his wins coming via KOs.

The headlining event will be a boxing match between undefeated boxer Tony Harrison, who has a record of 21-0 with 19 of his wins by KOs, vs. the speedy puncher Willie Nelson, whose record is 23-2-1 with 13 of his victories coming via KOs. One of the undercard fights will pit Antonio Tarver Jr., who has a record of 2-0, with both of his wins coming by KOs, against Julian Valerio, 29, with a record of 2-3, in a four-round super welterweight bout.

On Wednesday, Thurman, Collazo, Harrison, Nelson and Tarver Jr., the son of former world champion Antonio Tarver, took part in a Media Workouts Day held in Tampa, Florida. The boxers got in a few last-minute remarks about the upcoming bouts, and displayed their skills working out in the ring for the assembled members of the press.

Tickets are still available for the live Premier Boxing Champions fights this Saturday, which will be televised on ESPN. Warriors Boxing is promoting the bouts, and prices for the tickets range from $25 all the way up to $200.Tickets are available through Ticketmaster and the Sun Dome box office.

Florida native Thurman stated that he was “looking forward to a great performance” as well as “bringing this fight home.” He added that it is “a big thing” for him “to be able to bring world-class boxing back to Tampa Bay.” 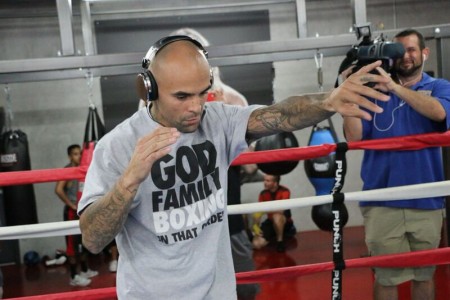 Thurman’s opponent, Collazo, said that he has prepared “for 15 rounds,” so he is “ready to go the distance.” He stated that he will be “trying to pull off the upset.” Collazo knows that he is being considered as the underdog, and he is okay with that. As he put it, “It inspires me to go out there and show the fans that anything is possible not just in the ring, but in life.” 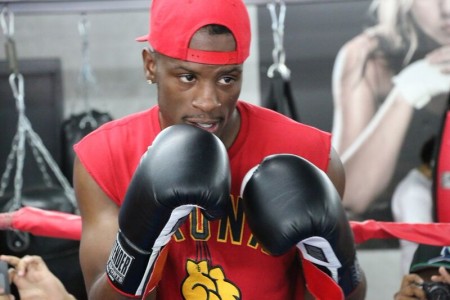 Harrison said about his opponent, Nelson, that he has “got a lot of heart” and has “got the heart of a champion.” Harrison added that he is “not underestimating him,” and he has done some things in training camp that he does not normally do, like including swimming in his daily regimen. A Detroit native, Harrison stated that he likes that Detroit is again “getting the recognition that’s been missing for many years.” 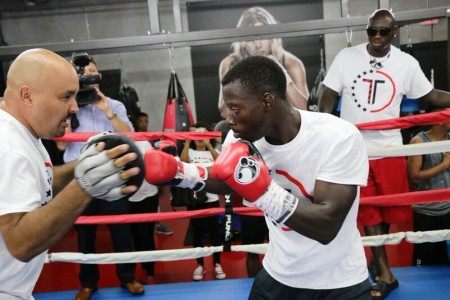 Nelson is prepared for the challenge he faces, calling his experience boxing in training camp “excellent.” He mentioned that he has been sparring against guys who are heavier than himself. Nelson called Harrison a “puncher” and he said that he will not “get mad at his antics because that does nothing for me.”

Being a proud native of Ohio, Nelson stated that he wants “to be one of the successful boxers from Ohio that really does something.” Nelson said that the fight will not be “the toughest fight” of his entire career, but he did say it will be “the toughest challenge, going up against a young, undefeated guy.” He assured his fans and the media gather in Tampa that he is used to tough fights, saying “All my fights have been tough.” 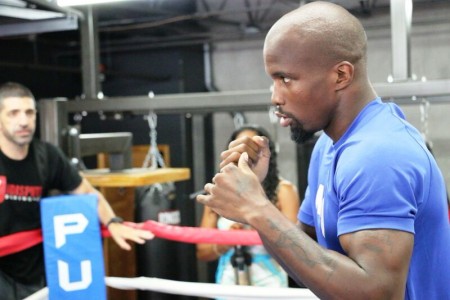 Tarver Jr.’s opponent was not a the Media Workouts Day to give his take on the upcoming Saturday bout, but Tarver Jr. stated that he has “been training with the world champion Keith Thurman.” He said that he had held his own against Thurman and he was looking forward to fighting in Florida, as it is his home state.

Tarver Jr. mentioned that he also got great advice from his dad, who always reminded him “about the defense and protecting myself in the ring.” Tarver Jr. is a southpaw, who thinks of himself as being “the whole package.”

The showdowns on Premiere Boxing Champions on ESPN this Saturday will feature Keith Thurman vs. Luis Collazo. The Welterweight World Champion title and belt will be on the line. The Harrison vs. Nelson fight should also be an exciting one, with the undefeated Harrison’s perfect record at stake in the outcome. Though Tarver Jr. is a young boxer, he is already showing signs of being great, making his upcoming four-round fight against Julian Valerio on Saturday potentially one of the best ones on the undercard.