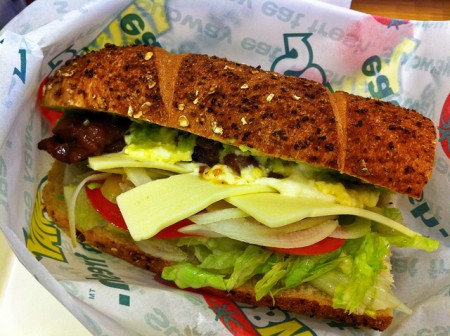 Subway restaurants have put their partnership with spokesman Jared Fogle on hold as of Tuesday, July 7, once it was discovered that the FBI had searched his house. Subway gave a statement stating that they have mutually shelved their relationship pending the outcome of the current investigation. However, Subway did not just put Fogle’s contract on hold. They also removed all 15 years of their relationship with him from their website. Is Subway Jared being investigated for child pornography?

Fogle has been cooperative with the FBI and does not expect there will be any future action. The agency raided his Zionsville, Indiana home on June 7, as part of the agency’s ongoing investigation into child pornography, according to authorities. The FBI spent 11 hours searching his home. When he left his home on June 7, he offered no comment as he pulled his hood up on his raincoat and quickly left the premises with his attorney.

Investigators took electronics and computers out of the home before they brought in a police dog to go through the Indiana home. Neighbor Catherine Hoffman said that she was shocked and saddened because he was thought of as a great figure within the community. He has a wife and two children. Is Subway Jared being investigated for child pornography?

Officials who spoke with ABC News have confirmed that the investigation into Fogle is connected to the May arrest of Russell Taylor, the former executive director of Fogle’s children’s health charity, the Jared Foundation. Fogle’s relationship with the children’s charity, Coordinated Approach to Child Health (CATCH), is also on hold at this time. CATCH is a group of people who are dedicated to fighting childhood obesity. The Jared Foundation has also separated themselves from him after Taylor was arrested, according to statements from both organizations.

Taylor is being held on eight felony charges, including possession of child pornography. Investigators discovered “scores” of videos and photographs of children as young as nine years old in Taylor’s possession. Allegedly Taylor produced the videos by secretly filming the children, according to federal prosecutors. Taylor has not pled on these charges and he has waived his right to a detention hearing. When Taylor was arrested, Fogle condemned him in a statement to Indianapolis Star. The Jared Foundation immediately severed ties with Taylor, according to his statement. 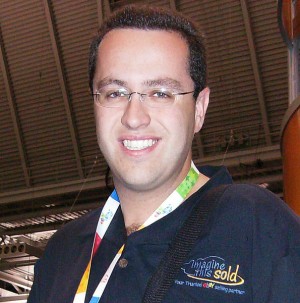 One reason that Taylor may have chosen to waive his right to a detention hearing might be that he intends to plead guilty, but would prefer to avoid the publicity. Taylor could possibly be guilty of more than he has been charged with and is afraid the detention hearing would reveal more evidence. In this case, the less the judge who would sentence Taylor knows about the facts, the better it is for him.

Fogle has not been charged with anything and he is continuing to cooperate with the authorities as they continue their investigation of unspecified charges. However, Fogle is eager for this investigation to be over. His attorney, Ron Elberger, gave a statement saying that he has not been held, charged, or arrested. CBS News has reported, however, that he is a suspect in an ongoing federal child pornography case.

At this time, it is unclear if he is the actual target of this investigation. However, according to sources, the investigation is still in its early stages.

Fogle, age 37, became the national spokesman for Subway restaurants when he lost 245 pounds, in college. The “Subway Diet” was Jared’s idea. Jared had a six-inch turkey sub for lunch and a foot-long veggie sub for dinner every day. Both sandwiches were dressed with mayo, cheese, and oil. He also had a bag of baked chips and a diet soda with each meal. This diet was followed for 11 months. In the first three months, he lost 94 pounds and lost 245 pounds in a year. He also followed an exercise regimen. He started doing commercials for Subway in 2000 after the sandwich chain heard his success story. He has done over 300 commercials in 15 years. Jared Fogle’s diet plan tripled Subway sales from $3 million in 1998 to $11.5 million, according to Nation’s Restaurant News.

One Response to "Subway Jared Investigated for Child Pornography?"