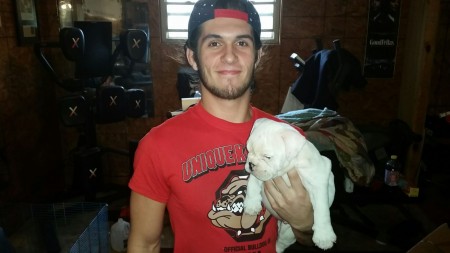 Mixed Martial Arts could be defined as a world of hard knocks, but also as a platform for wandering spirits to find their way. Some want to learn by reaching in and really digging into the history of the specific art they are being taught. From the Bruce Lees of the world then to the Conor McGregor and Ronda Rouseys of today, MMA started off for most as a place to feel centered and protected. A sense of belonging may come from one’s teammates, family, and from the art that is being studied, but who is really looking after the fighter? Teammates? Family and friends? Perhaps, but there is no bond stronger than the connection between a fighter and his best friend. There is nothing 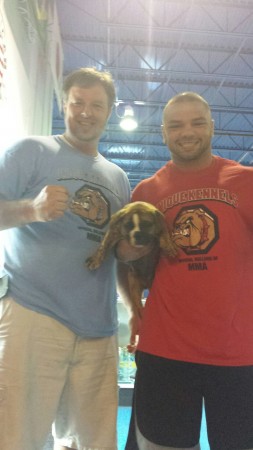 more loyal than a man’s own canine, who is overcome with joy the second its owner walks through the door, or the ten to fifteen minutes a day one spends rubbing a dog’s ears or throwing the ball around the backyard. The longevity of an unconditional love is a love that is never forgotten, which has become the universal goal for a dog breeding kennel on the East Coast that is currently enjoying new success.

James Skipper has visualized the opportunity since the young age of 6, after raising multiple breeds of dogs and learning a great deal of information from his family. As he aged, his knowledge became vast, and he eventually became particularly interested in one specific breed: English Bulldogs. Unfortunately, English Bulldogs come with a fair amount of health concerns, and require countless hours of hands-on care. Instead of accepting the inevitable with English Bulldogs, Skipper pushed for a healthier and more affordable solution, and discovered the Southern English Bulldog, creating a niche in the bulldog community with his own kennel, “Unique Kennels.” Skipper knew he was on to something, but little did he know MMA was creeping on the horizon.

Sometimes unique opportunities come about, which occurred when a distant family member opened a window neither 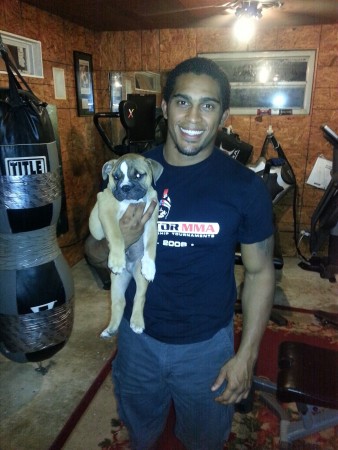 he, nor anyone else, thought of stepping through. The agreements are simple, and each party goes home pleased with the outcome; a fighter with a new loved one, bulldog or not, to take home and cherish for the rest of their lives, and a new company
creating a bond for another while getting their name out to the common fan base. The wide-spread notoriety led to a larger stage, and now Unique Kennels sponsors numerous MMA fighters in up to seven national promotions, not to mention the regional promotions in the area. Some of the notable fighters representing the brand are Thiago Alves, Tonya Evinger, Lorenz Larkin, Kendall Grove, David Michaud, Joe Pacheco, and Lee Morrison, among many more. Not only is the business breeding success, but the possibility of expansion and real longevity has just recently been proposed as well.  The impact of the MMA fighters’ fearless pets has been endless, and a lot of them are starting to get quite a bit of publicity.  For example, Jon Jones has been known to bring his ferocious feline along to his daily training, and UFC heavyweight contender Andrei Arlovski has done the same with his pitbull.

There was no master plan, nor a single proposition or intention in putting Unique Kennels together.  However, a little ambition, intuitiveness, and attention to detail can go a long way, even in the cutthroat world of MMA. Skipper has a love and a passion for a breed, and by sponsoring mixed martial artists, he hopes the longevity of the canine-fighter relationship helps to bring continued MMA success.

Sources:
Interview with James Skipper of Unique Kennels
Commentary from fighters and show hosts such as Mitch Clarke, Lee Morrison, and Mark Anders