Heroin Use in U.S. Surged in Recent Years 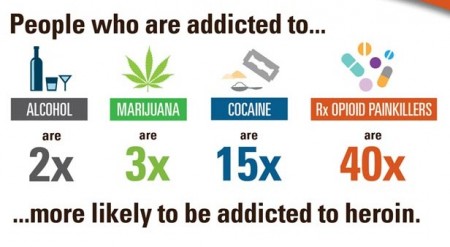 Heroin use in the U.S. has surged in recent years for men and women, all income levels and most age groups. So is the number of deaths from overdoses of heroin nearly quadrupled between 2002 and 2013.

Some of the numbers are shocking. Federal health data released Tuesday shows that 2.6 out of every 1,000 Americans over age 12 used heroin at some point in the years 2011 to 2013. That represents a 63 percent increase in the rate of heroin use from about a decade earlier. In all, over half a million people used heroin in 2013, up nearly 150 percent since 2007, according to the report issued by U.S. Food and Drug Administration and the U.S. Centers for Disease Control and Prevention (CDC).

The worst age group nationally was young adults between the ages of 18 and 25; almost 1 percent of them have used heroin, according to government statistics gathered in the National Survey on Drug Use and Health (NSDUH), from 2011 to 2013. That is a 109 percent increase over rates a decade earlier.

“As a doctor who started my career taking care of patients with HIV and other complications from injection drugs, it’s heartbreaking to see injection drug use making a comeback in the U.S.,” commented Dr. Tom Frieden, director of the CDC. 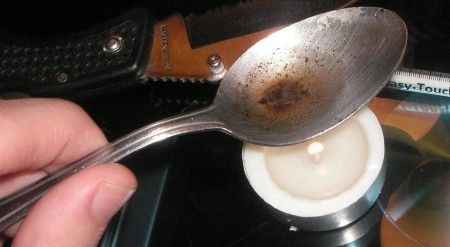 The government cited two reasons for the increase in addiction. Countrywide, the increased demand is being met by increased supplies. The federal government reports that drug dealers are bringing far more heroin into the U.S. now. Federal agents nabbed nearly 5,000 in 2013, which was four times the amount seized on average annually from 2000 to 2008.

Unlike the old theories that illegal drug use begets more illegal drug use, the government cited increased use of prescription drugs as the reason for the spike in heroin demand. The CDC reported that approximately 75 percent of new heroin users became hooked on prescription opiates first. There is a strong relationship between the use of heroin and morphine-like prescription painkillers such as Vicodin and OxyContin. Once reserved for use as painkillers for cancer and hospice patients, the narcotics are now widely prescribed for things like dental work or back pain.

“Prescription opiates have become a gateway drug,” Frieden said. He expressed government concern that doctors are prescribing “way too much of these medications, and the result of it is large numbers of people who are addicted.” Frieden pointed out that the nexus between heroin addiction and addiction to prescription opiates is because they are “essentially the same chemical with the same impact on the brain.”

Given the recent growth in heroin use in recent years, the CDC wants to improve prescribing practices for opioid painkillers to reduce their abuse, which has also surged. They also want to increase the availability and use of naloxone, which can reverse the effects of an overdose on heroin or other opioids.

Infographic courtesy of the CDC