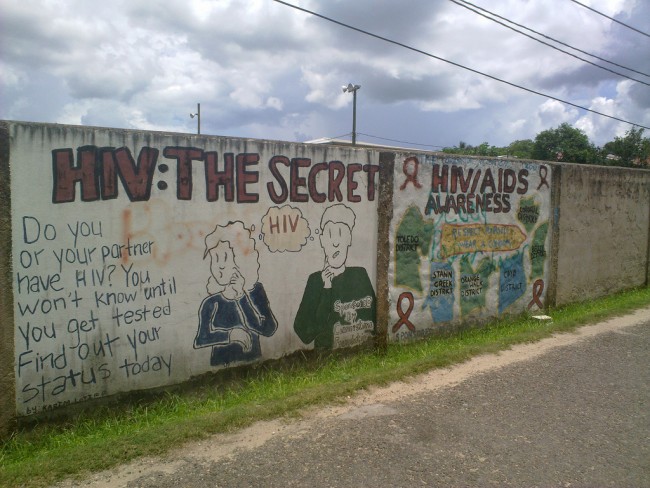 HIV, or human immunodeficiency virus, is one of the leading killers among young people. It is found worldwide and with no cure, the disease continues to spread rapidly. However, it has been predicted that the rise in self-testing kits will help battle the transfer of HIV among young people.

The World Health Organization (WHO) has predicted that the new availability of HIV self-testing kits will encourage adolescents to find out if they are carriers. This, in turn, would help fight the spread of the disease. They report that young people are less likely to get tested for fear of knowing someone at the clinic. If they do get tested, they travel miles from their homes to lessen the risk of being identified.

The organization explains that the U.N. has a goal of 90 percent of all HIV carriers to be aware they have the virus. The hope is that the ability to test privately will increase the odds of reaching this goal. WHO has reported that initial receptivity of home testing has been promising. The introduction of the test in Blantyre, which is located  in Malawi, Africa, proved to be very successful. WHO stated that most of the young females in this community were receptive to the test while about 80 percent of young males participated as well.

The organization shows that several countries have allowed self-testing to happen, including Australia, the United Kingdom, and the United States. Many others plan to implement it soon. The World Health Organization plans to release standard guidelines in 2016 which will further support the continued use of self-testing kits in these countries.

The Food and Drug Administration (FDA) reported that the United States actually approved the use of a self-testing kit, OraQuick In-Home HIV Test, in July 2012. They explain that this is a rapid response test that gives the user results within 20 to 40 minutes. It uses fluids from the mouth, which was documented by the WHO as being preferable to adolescents over a finger-prick method. In the U.S., OraQuick is available over the counter for anyone over the age of 17.

The Centers for Disease Control and Prevention (CDC) described the Home Access HIV-1 Test System as the other self-testing method in the United States. This one requires the patient to submit a blood sample via a finger prick. The sample is sent anonymously and if the results are positive, the patient is automatically given a follow-up test. This system also offers confidential counseling for the patient. However, there is still a third party involved and results are not produced as quickly, which are reported as deterrents for many adolescents.

The CDC reports that youth, ranging in ages from 13 to 24, made up 26 percent of those infected with HIV in the United States in 2010. Moreover, the reports show that one percent of those who died as a result of AIDS in 2012 were adolescents. In 2010, only 50 percent of youth were actually aware they had HIV. This lack of awareness is reported as a worldwide problem.

While home-use kits promote testing, experts stress that once completed, it is still necessary to follow up at a clinic. Further testing to confirm the results is necessary and treatment should be started right away. The organization argued that home-testing will promote early treatment so those infected can optimize the benefits of medication.

Furthermore, they hope that increased awareness of infection will stop the spread of the virus. Once a person has knowledge of their infection via self-testing, it is predicted they will be more likely to take measures to prevent transferring HIV to others.