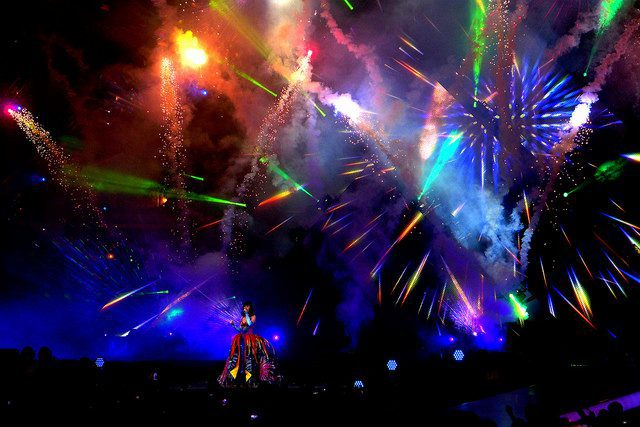 Japan’s September 2015 issue of Vogue has Katy Perry on the cover. She has been on more than 150 different magazine covers. The magazines are an example of how Perry, the sizzling singer, loves the limelight.

Perry has a passion for flashy stage displays, exotic costume designs and making headlines. She enjoys being in the news. For example, she and her boyfriend, John Mayer, began their newsworthy relationship in the summer of 2012. They had a break that lasted almost a year in 2014, but by February of this year, the couple appeared to have reconciled. However, they have called it quits once again.

Additionally, in an article published by Inside Hamilton, the singer “wants a cryogenic chamber.” She claims she wants one not only because the chamber is a “trend,” but also because “it uses low temperatures to reduce psychological stress and insomnia.” When she talked about this, she also added that she likes weird things. Perry says she has a meditation chair with changing lights, “so when you’re meditating it’s like light therapy.” Another odd thing she has is a “Virgin Galactic ticket to space.”

One more strange thing the singer wanted to buy is a convent, once occupied by Catholic nuns. She intended to live in it by converting it into her personal residence. Even after singing to the nuns and explaining her plans to live there with her grandmother and her mother, two of the nuns said they would not sell to the performer. One of these naysayers is opposed because the singer is a sex symbol and a gay rights supporter. A “restauranteur” named Dana Hollister was the ultimate buyer. 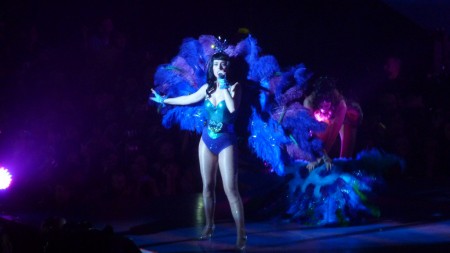 The singer-songwriter also wants to become an actress. She is expressing interest in being part of the cast of the ABC primetime drama, Grey’s Anatomy. She was recently seen wearing medical blues, also commonly known as scrubs. The program will be entering its 12th season, and reports indicate there is a desire to change up the cast and increase the drama.

As far as acting is concerned, Perry says, “It’s definitely a lot of effort to be an actor.” It is not true, according to the performer, that actors cannot necessarily sing and vice versa. She was the voice of Smurfette in The Smurfs, released in 2011. Even with this experience, she says acting is not something “you can roll into.” Perry is a sizzling singer who loves the limelight and becoming an actress is another step up for her.

In another type of news, the United Nations International Children’s Emergency Fund (UNICEF) named Perry their new Goodwill Ambassador in December 2013. Her emphasis was “engaging young people in the agency’s work to improve the lives of the world’s most vulnerable children and adolescents.”  She has helped in Madagascar, assisting with nutrition and education programs for children. She has been an active philanthropist during her career and has helped many organizations.

Once known as Katy Hudson, the singer released a self-titled gospel album in 2001. Since then, she changed her last name to avoid being confused with her Hudson persona. Perry did this because she had changed her style. She began her new career by singing background vocals for one of Mick Jagger’s songs, as well as one for P.O.D. She co-wrote I Kissed a Girl and Hot n Cold with  Lukasz Sebastian Gottwald, also known as Dr. Luke.

According to Billboard’s website, the singer’s next album will be coming out in 2016. She has released three studio albums, one compilation album, and a music television (MTV) album. Her first full-length album was One of the Boys, the next full length was Teenage Dream, and the third was Prism. The compilation album was Teenage Dream: The Complete Confection, which includes 17 songs and the seven-minute Tommy Sunshine’s Megasix Smash-Up. Her live album was MTV Unplugged. On MTV, the singer performed six live versions of her songs, including I Kissed a Girl and Ur So Gay. Perry keeps proving that she is a sizzling singer who also loves the limelight.