Marvel Comics and DC Headed for a Battle Royal

Just when you thought the fight was over, Marvel Comics and DC are headed for another battle royal, and fans can not wait. The release of the dynamite exploding trailer of  Zack Snyder’s Batman vs Superman:Dawn of Justice , can be described as a ringside bell banging through the Marvel Universe. Every fan who has imagined their bunk bed battles coming to life on the big screen will flock to theaters next year for the epic battle between the caped crusader and the man of steel, but do not expect Marvel to take it lightly.

DC Comics had held its title for years through the Batman franchises, that were rebooted by Tim Burton’s version of the dark knight. The movie starred Michael Keaton, and was the highest grossing movie at the time, and opened doors to a slew of successful sequels. Christopher Nolan’s version of the billionaire/vigilante, The Dark Knight trilogies are considered the Godfather of Comic book movies. Even though they were successful, DC’s heroes were marked by its dark undertones displayed hysterically by Lego’s Batman when he sang,”darkness, no parents.” 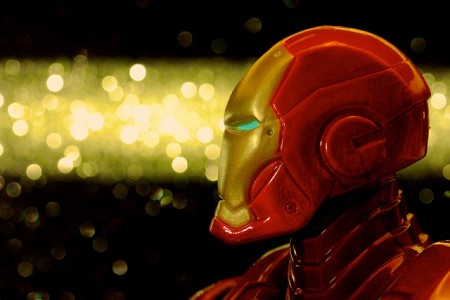 Besides the success of Marvel comics such as the Fantastic Four and Incredible Hulk, the movies in the 80’s were disasters. 1989’s Punisher, that starred Dolph Lundren as the skull t-shirt vigilante, was not even a good B-movie. 2003’s Daredevil, starring the current Batman, Ben Affleck, seemed forced. It was like looking forward to a day in the sun, and going home with an agonizing sunburn, whyyy!

In 2012, Sam Raimi’s Spiderman finally portrayed Peter Parker as the wallcrawler the way fans had expected, young, geeky and vulnerable. Tobey Maguire became an over night success with his portrayal of the nerdy web slinger. One comic that stood under the radar from geeks and freaks, and flipped the script for DC, was David Goyer’s Blade. The movie that starred Wesley Snipes as the avenging vampire was not a box office smash, but it allowed Goyer to take his dark perspective on heroes to the Nolan brothers, and gave birth to the new Dark Knight trilogy, nuff said.

With the Dark Knight series success, Marvel Comics decided to roll the dice and hire two men that would alter the cosmos in the Marvel Universe forever, when they hired John Favreau and Robert Downey Jr to bring Ironman to the big screen. Downey’s version of Ironman was a breath of fresh air, as he reminded fans how fun it was to be a superhero. He did not live in cave, he was a billionaire with jokes and awesome toys. Marvel Comics and DC were headed for another battle royal once more.

The Avenger Franchise has obliterated records, and the showdown between Marvel and DC has been raised to”Juggernaut” proportions. Samuel Jackson, who played Nick Fury in the Avengers series said, “I think Marvel Comics has figured out a way to make movies accessible to the DC public that Marvel  hasn’t. I don’t know why they can’t get Superman and Batman together and juice up their fans.”

The Comic Gods, most likely Jor-el, Superman’s father, must have been listening to the eye patched super agent, because Zack Snyder will be showing the Titanic battle of the two heroes in Batman vs Superman:Dawn of Justice. Marvel Comics and DC are headed for an epic battle royal, which will include DC’s daughter of Zeus, Wonderwoman. The long-awaited debut of Wonderwoman was long over due, the movie will also include Aquaman and Cyborg, and the origin of  The Justice League movie. Batman vs Superman:Dawn of Justice is set for 2016, but the battle will continue on the bunk beds of children who just want play with their toys and read Marvel comics.

Cinemablend: Why Marvel is still beating DC in the Comic Book Movie Wars

Cheatsheet: Marvel vs DC: Which is the Better Comic Book Universe

Screenrant: Samuel Jackson On The Marvel vs DC Movie Competition