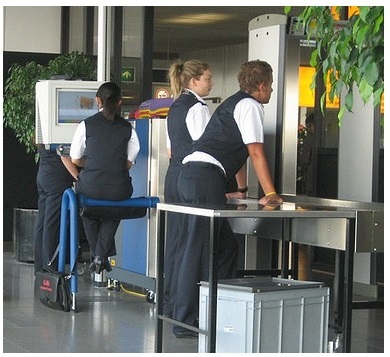 A woman was arrested for trying to smuggle cocaine inside breast implants at an airport in Colombia. Paola Deyanira Sabillon appeared nervous in line as she approached the security checkpoint. The 22-year-old was detained after X-rays determined she had recently undergone surgery on her breasts. Sabillon was flying from Colombia to Spain. She told investigators that she had been hired to transport an unknown substance in her newly received breast implants.

The implants, which contained 3.3 pounds of liquid cocaine, were removed at a Bogotá hospital. The woman was treated for an infection which is believed to have originated from her original surgery which took place in a Pereira, Columbia clinic. According to authorities, the substance inside the implants was determined to be cocaine. Sabillon was hospitalized for five days before being released into police custody.

This is not the first time a woman tried to smuggle cocaine in breast implants. Surprisingly, according to Dr. Matthew Schulman, a New York City board-certified plastic surgeon, stuffing breast implants with contraband is not uncommon. Schulman speculates surgeons who perform this crime replace the saline in the breast implant with cocaine. He added:

There were alerts put out several years ago about concerns about terrorists using breast implants as a way to move bombs, so it is one of those things the plastic surgery community is aware of. It is probably done more often than people realize.

In 2014, a 43-year-old Venezuelan woman was arrested in Madrid’s International Airport by Spanish police for trying to sneak 3.7 pounds of the drug in her breast implants. The woman began acting strangely as narcotics agents were performing routine screenings, causing them to suspect something was not right.

Agents searched the woman’s luggage but found nothing. It was not until female agents began to frisk the Venezuelan woman that they noticed deformities and irregularities in her breasts. Eventually, according to law enforcement, the woman confessed to carrying cocaine-stuffed breast implants. She was sent to the hospital before being detained by police. 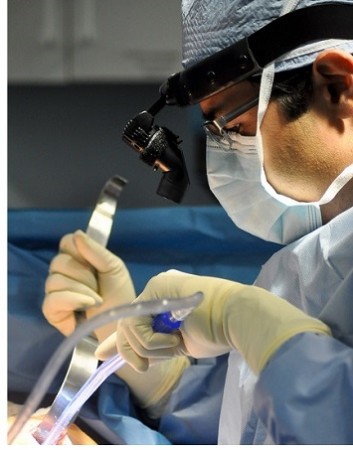 Oftentimes women think they are in the clear, according to Schulman because airport security personnel “are very reluctant to touch breasts and other private parts.” However, there are obvious risks associated with this type of surgery, explained the New York plastic surgeon. He said:

They are probably not done under sterile conditions, so there is risk of infection and also the body absorbing that cocaine, which could cause sudden death from a cocaine overdose.

Places such as Spain have specially employed units to inspect passengers arriving from countries that have a history of major drug production. According to spokesperson for Customs and Border Protection in New York, Howard Cheng, criminals at John F. Kennedy and Newark Liberty International Airports, have unsuccessfully tried to smuggle contraband many times in luggage liners and handrails, and by swallowing them.

In 2012, a citizen from Panama landed at Barcelona’s Prat airport on a so-called “hot flight.” The aircraft came from Bogotá, Colombia, which is known for drug trafficking. According to the U.S. Drug Enforcement Administration, 90 percent of cocaine which is trafficked into the USA comes from Columbia. Just as many times prior, the airport security check led to an operating table for a passenger trying to smuggle drugs.

The woman landed in Spain on the flight which was already considered hot. When asked why she was in town, the woman gave vague answers which did not sound right. Once she came under the scrutiny of security agents her behavior caused further suspicion. After a female officer patted her down, bloodied bandages were found under the woman’s breast. An officer found that gauze was covering incisions of breasts that were hiding a “white foreign material.”

According to Spain’s Interior Ministry, the woman said she had breast implants that must not have healed correctly. Police were not convinced and hauled her off to a hospital where a medical team extracted a bag from each breast containing a white pasty substance. According to the DEA, pure cocaine goes for about $35,000 a pound; the woman had nearly three pounds of cocaine which landed her in jail.

Recently Paolo Deyanira Sabillon was arrested for trying to smuggle cocaine inside breast implants from Bogotá, Colombia, to Barcelona, Spain. The 22-year-old was hospitalized for five days before being hauled off to jail. Women have been attempting this dangerous crime for years, some successfully while others, as seen above, have gone from an airport security checkpoint to an operating table before finding themselves behind bars in a foreign jail.