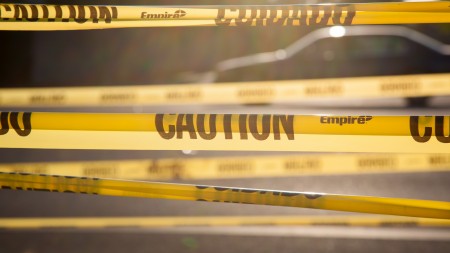 A man walking near the train tracks in midtown Sacramento on Monday morning discovered what seems to be the scene of a ritualistic animal killing. According to authorities, this is just the latest incident in a string of similar events of animal mutilations and beheadings that have happened around the city for the last few months, which have puzzled local police.

The individual found a dead chicken and a grocery bag filled with money sitting along the train tracks. Authorities are have gotten nowhere in regards to finding the origin of these odd ritualistic animal killings. A $10,000 reward is now being offered for more information leading to an arrest.

On June 27, law enforcement officials were able to obtain footage from a Regional Transit security camera which showed an unidentified woman placing a bag on the train tracks and then leaving the scene. Currently, police do not have anyone of interest.

Over the last few months, decapitated goats, dead birds, and other horrific scenes of dead livestock have been discovered as a part of the ritualistic animal killings. Police have also found money and lighted candles around the dead animals.

The Sacramento Bee: Another livestock killing discovered in Midtown Sacramento