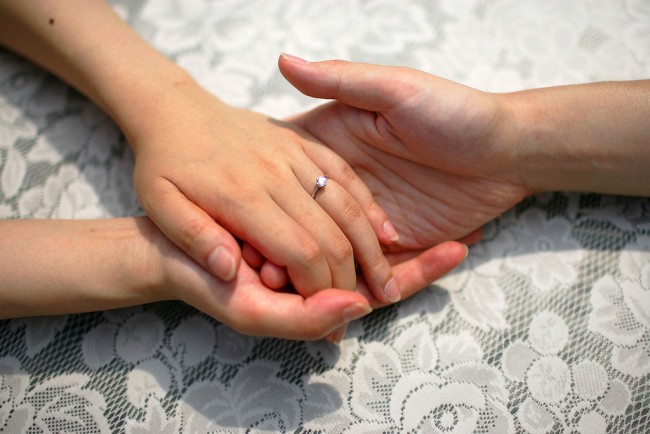 In an epic time of reality TV, it is no surprise that fans are gravitating toward the second season of Bachelor in Paradise. However, it is incredible to see that human interest has gone from watching scripted family shows, like Family Matters and Full House to watching strangers shack up on an island in an attempt to find love in a four-week period. Though Bachelor in Paradise allegedly allows old contestants to ring up a second chance at true love and marriage, do shows such as these pervert romance into televised escort services?

An escort service is defined as one which provides a hired woman (or man) to accompany someone or something somewhere, especially for security, protection or mark of rank. All three things aforementioned can be found in that good old institution known as marriage. For many people, marriage carries a sense of protection and security. It can, in some ways, even elevate a person’s ranking in a given community or social circle. What better way to skip months of dating and disappointment than to join a show that can not only potentially gain you those sought-after qualities, but also gain you entertainment-industry exposure, fans, potential endorsement deals, and a spouse – all in one fell swoop? Although reality TV has yet to convince the masses that most of what is seen is not set up by production, the very idea of trying to fast-track a marriage seemingly does not bother those who watch the show. In the minds of many others, however, it causes a certain dismay to think that shows like Bachelor in Paradise pervert romance into nothing more than a televised escort service for the lonely, desperate, and broke.

When asking Facebook members what marriage means to them, most agree that it is something done out of love and commitment, while some claim that a masochistic need to be miserable for the rest of life spurred them to marry. However, no matter the varying definitions of what marriage is, they all agree that a healthy marriage should not be at the whim of a show which is simply seeking high ratings. It is hard to believe that these contestants wholeheartedly trust that their happily-ever-after can be found in a month’s shooting schedule among a cattle call of men and women all vying for the same people. Where is the intimacy in shows like Bachelor in Paradise? The time it truly takes to sincerely get to know someone cannot possibly be had when one’s attention is spread out over 10 other people.

Bachelor in Paradise, a combo series made up of contestants from The Bachelor and The Bachelorette, is a frivolous oxymoron. It is unbelievable that a person can be on one show to find true love, fail at that, and then go on yet another show, which promotes the same exact formula, only this time among an entire group of men and women vying for the same prize. It may be safe to assume that people watch Bachelor in Paradise because they enjoy watching the drama unfold between strangers and friends who are seemingly no more mature than high school teenagers. They take pleasure in seeing the idiocy that sometimes ensues on reality television shows such as this. However, audience members aside, what goes on in the minds of these contestants? Do they truly believe that they can find a faithful spouse, let alone a healthy relationship, among a group of strangers?

As each week passes on Bachelor in Paradise, the power of choice bounces back and forth between the genders. One week, the men pass out roses to the women they wish to stay with them in paradise. The following week, the women pass out the symbolic love flower to the men of their choice. All in all, the passing of the roses exists to weed out those who are not seen as an ideal candidate for “true” love and marriage. The contestants themselves never seem to be people one would see in any local grocery store. They are all the embodiment of physically fit gym-goers who can either pass for models or actors – giving truth to the age-old television formula that sex does indeed sell. If it looks desirable, people will want it, will want to be it or will tune in simply to drool at the eye candy.

A true romantic may know that a healthy relationship takes time; more time than a television shooting schedule can offer. They understand that the best practices for healthy dating and a healthy relationship are to focus, take time, and allow room to learn. One should focus on a particular person and take the time needed to truly know them and experience with them the varying facets of life. Time must be taken to learn how a partner ebbs and flows during the many peaks and valleys that occur in a relationship. Furthermore, once that relationship has been tried and tested for a while, then discussions about marriage should enter the scenario.

The reason why shows like Bachelor in Paradise tend to pervert romance into nothing more than a televised escort service is because it forces people to rush the process for the sake of pleasing viewers. People are put on display and paid (in whatever form) to entertain the folks who are sitting at home, living some awful vicarious love fantasy. Shows like Bachelor in Paradise do not focus on bringing two people together in an attempt to foster a healthy relationship of which both parties can be proud. The contestants themselves must have ulterior motives that are not connected to love and marriage. After all, there is a reason why they choose to televise their escapade, rather than just signing up for eHarmony and letting chance direct their dating life.