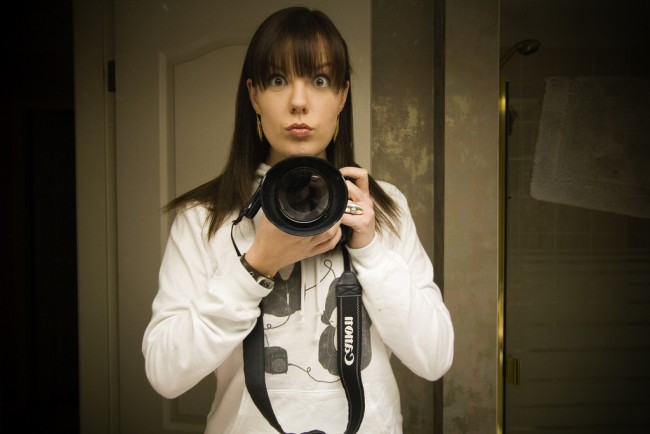 Project AWARE began in 2003 to specifically highlight prescription drug abuse issues among youth. Carl Lakari and Katey Branch shared the belief that if young people created their own presentation about the issue, it would reach the multitude, and be more effective overall. Branch and Lakari began to teach workshops. These workshops taught young people how to make a difference through powerful presentations they put together. Project AWARE works with teens so they can effectively express the issues that impact them the most.

The Project AWARE Players were formed in 2004. High school students that had been attending a Youth Empowerment Workshop put together the performance troupe. Through the use of dance, theater, and music, the presentation was able to reach an even broader audience.

Then, in 2007, the group created their first movie, Falling, to reach a nationwide audience. The film addressed the topic of youth and prescription drug abuse. Besides young people, Project AWARE worked together with parents, health care professionals, educators, and others to put the production together as well as get it out to the public. Project AWARE found a need and an effective way to reach youth, as well as members of the community. Project AWARE found themselves moving beyond the single topic of prescription drug abuse quickly.

The approach taken by Project AWARE created a safe environment for youth to speak up about subjects such as depression, sex, relationships, academic stress, peer pressure, substance abuse, and more. It was the students who wanted to reach out to the community in order to make a difference about the issues that impacted them.

Project AWARE became a non-profit organization in 2006 and broadened its focus to include any topic young people identified as an issue that needed awareness. Since then, young people have taken the lead in making a difference about the many topics they have identified as a concern. The Project AWARE Players continued their live presentations while putting together their second movie, which was released in June 2009. This movie is titled, Untold Stories: The Truth About Bullying and Harassment.

The thousands of youth that have felt supported by Project AWARE began to participate in workshops, presentations, and the Reel Life Program. Over the past few years, the young people involved in the program and workshops have created 22 Public Service Announcements (PSAs), as well as nine movies. Thousands more people, of all ages, have been viewing these productions on DVD and television. The program supports and encourages young people to share their real life stories in powerful ways that will impact others through creative, high-quality movies. The goal of the project is to challenge the social norms that youth feel need to be changed. Moreover, the process changes the lives of those involved both directly and indirectly.

The Reel Life Program includes the Summer Film Institute for youth, which primarily focuses on filmmaking. Youth involved in the Summer Film Institute produce high-quality, dramatic, and educational clips as well as PSAs. This program assists teens in telling their real-life stories effectively so that their voices will have an impact while also addressing societal issues through high-quality videos.

The Reel Life Program and the Summer Film Institute have produced 22 PSAs and nine movies, with four more in production. These productions are covering issues that impact teens including bullying, adult role models, prescription drug abuse, and teen sexual health, to name a few. Moreover, the program provides teens with a creative outlet to express their struggles via Project AWARE and ensure their voices will be heard.

The Reel Life Program can be part of any school or community. This program gives youth a sense of self-worth while teaching them marketable skills including film production, technical skills, creative writing, leadership skills, scriptwriting, and editing.

Over a one-year period, the Reel Life Program teaches these skills:

Young people are encouraged to use these workshops as a safe place to share their concerns, find creative and unique ways to address these issues, as well as create community awareness. Some ways youth have accomplished these things include performing skits for community groups, leading presentations that are meant to start conversations, and they have produced PSAs for local television as well as radio stations.

Facilitators for Project AWARE are a mix of young people and adults. Each group is an average of 20 people, but groups can be anywhere from 10 to 40 people. The Empowerment Workshop can be offered as a one-time class/workshop, or as a series. The following is a list of some of the films the youth have produced with Project AWARE:

Two Seconds is a short film that was created by Maine teens, in coordination with Project AWARE, as well as Maine Family Planning. This film focuses on three teenagers who are dealing with sexual health and relationship issues.

The title of the film is Two Seconds because that is how fast one’s life can change. This is often the result of making quick decisions made with little or no thought about the consequences. The same can be said of making positive choices, which result in self-improvement.

Two Seconds include four scenarios that are designed to be used with the included evidence-based, sex education curricula. This video and the four scenarios are available on Project AWARE’s Vimeo channel.

The Road Back is a feature film about teenagers dealing with depression and anxiety. This movie was produced by Acadia Hospital, Project AWARE, and Maine teenagers. The Road Back was chosen as one of the ten best videos about depression in 2013 by Healthline. Hermon, a Maine high school senior, and Faith Bishop, who wrote and directed the movie, received Best Student Film Honors at the Iowa Independent Film Festival.

This author interviewed one of the teenagers that is one of the most seen extras in this movie. Kailynn was 15 when she participated in The Road Back. This author asked her why she chose to be part of this project. She said, “My mom brought me here to take part in the movie. She wanted me to see for myself that I am not alone in the things I struggle with, like depression and anxiety. She also wanted me to experience how other teenagers deal with their anxiety and depression.” It was asked if her participation was helpful for her. “Yes, it was an amazing experience. I spent some time talking with the director, Faith Bishop, and she shared her story with me. She told me that her parents just would not hear her or try to understand her struggles. Her personal goal in writing the script was to send a message to others that they are not alone. I am glad I am not alone.”

Listen is a 15-minute dramatic film that was put together by middle school students to increase the awareness of harassment and bullying. Listen was produced during Project AWARE’s Summer Film Institute. The story follows Lily, Freddie, Elli, and Brooke, each of whom is experiencing personal challenges with parents, peers, or teachers. This movie is based on real-life experiences. According to the movie, vocal youth, along with peer support, are critical when it comes to handling being bullied, disrespected, harassed, and more.

The movie addresses that adults, especially when overwhelmed, unaware, or anxious, may not be so quick to take this issue seriously. This movie was released with the hope that parents, teachers, and other adults would truly listen to these young people who are asking for help before they stop asking.

April’s Heart tells real-life stories of suburban high school students. These students are survivors. The students who were brave enough to allow their stories to be heard, and those who are able to balance extreme challenges with incredible strength.

Influenced had a cast and crew of over 100 people. Aleah Graham and Josephine Cooper, who were 13 and 15 at the time, created this film with experienced members of the community. There was 15 youth who participated as crew members for the shoot, alongside the creators, and Gum Spirits, a Maine production company.

This film addresses neglect, eating disorders, substance abuse, and how important adult role models really are to young people. Role models can radically influence the choices made by young people.

Untold Stories offers a profound, powerful, and moving look at things that go unseen in schools, and the impact bullying has on young people once they are alone. This 25 minute movie tells the true stories of two young people in Maine, and the paths they followed to escape the pain bullying has caused them.

Untold Stories comes with a complete educational package. This short film includes special documentaries, interviews, and a handbook to educate youth, teachers, and members of the community.

This summer, Project AWARE’s Film Institute involved 20 youth who created the movie, A Better Place, along with two PSAs. A Better Place focuses on the issue of self-harm. Not only has this movie been produced for DVD, it aired locally, in Central Maine, on CBS Saturday, Aug. 29, 2015, from 7:00 p.m. to 7:30 p.m. EST and will be shown on the CW on Sun. Sept. 6, 2015, from 11:00 a.m. to 11:30 a.m. EST. Kayla Payne, a student member of Project AWARE, was interviewed by television news anchor Jon Small about her part in the newest production produced by Project AWARE. This movie was written and directed by Faith Bishop.

Statistics shows, according to Project AWARE, that 15 percent of teens report using self-harm as a coping skill, and that only includes those teens who are willing to admit there is an issue. This movie is the latest project the teens with Project AWARE have completed.

Project AWARE is a Maine-based organization. However, their programs are universal and can be taught anywhere to encourage and educate young people. Project AWARE is an outlet for teens to be able to openly express the issues that impact them.