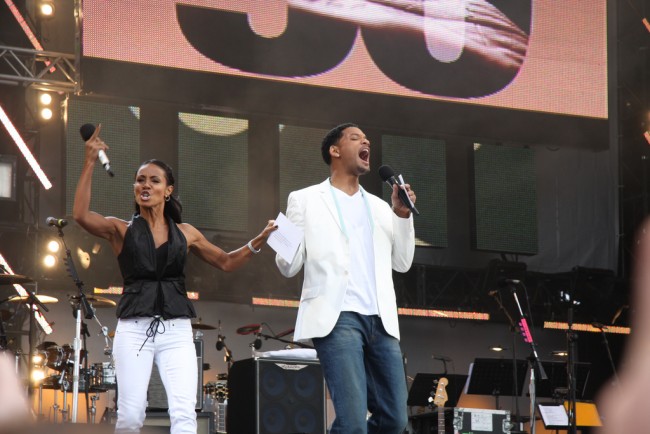 It is not the first time an entertainment power couple, Will and Jada Pinkett-Smith, has had their marriage under the microscope of the media and meddling fans. However, Will took to social media on Monday, August 3 to shoot down yet another rumor of a pending divorce. While Smith denies the divorce rumors, his wife stands by her husband saying that her king has spoken, which left many fans still on the fence about what to believe.

According to a source close to the couple, their marriage has been on the rocks for quite some time. Allegedly, the couple decided that they would plan their divorce for the public in stages; planning to release to the public their split at the end of summer 2015. Rumors of a divorce started to circulate when Smith was accused of having an affair with Suicide Squad co-star Margot Robbie. While the rumors have since been denied by both parties, Pinkett-Smith’s interview with radio personality Howard Stern left fans questioning the truth of the matter. According to the Gotham actor, as long as her husband can look himself in the mirror and be okay, she has no problem with what he decides to do. Still, her wish and hope would be that he can respect her, their household, and their family.

The actress is not completely rumor-free herself as the mill has been running with a story that says she allegedly had an affair with Hawthorne co-star, Marc Anthony. Albeit there was some steamy action during a love scene on camera, nothing substantial ever surfaced regarding an alleged affair. Another source told Radar Online that the two have long since moved on with their lives and are simply waiting to sign the appropriate paperwork. Smith is not known for responding to such allegations as he states that it simply fuels a fire that does not need to be fueled. However, in his post on Facebook, the actor says, “In the interest of redundant, repetitious, over & over again-ness … Jada and I are NOT GETTING A DIVORCE!!!!!!!!!!:-).” It seems Smith will continue to deny any divorce rumors while his “queen” continues to say that her king has spoken the truth.

The 46-year-old actor goes on to say that if a divorce from his “queen” should ever happen, the news would not come from a source close to the couple but directly from his mouth alone. He further hashtagged the word ‘dumb’ in saying that dumb people should wear scarlet letters for perpetuating such lies. The two are no strangers to having to protect and defend their marriage. Albeit, whether or not allegations of a summer end divorce announcement are true, fans still love to see the couple together.

Fans agree that if rumors of an open marriage, infidelities, bisexuality, and swinger parties with fellow celebrities have yet to break up this power couple, then a small divorce rumor will not work either. Although the source (or sources) seems to be close enough to the couple to even allege such accusations, it is not the first time false statements have been made in the history of entertainment romance. The two have been together for 17 years and those who do not believe the rumors hope to see them together for at least 17 more.

The two have known each other for over 20 years, having met in 1994, when the 43-year-old actress auditioned for her husband’s former television show The Fresh Prince of Bel-Air. Pinkett-Smith was auditioning for the role of Smith’s love interest. However, being considered too short, the role of Lisa Wilkes went to fellow actress, Nia Long. While Smith continues to deny the rumors of divorce, his wife’s statement that her king has spoken is a testament for wives everywhere who stand by their husbands and their marriages, no matter the allegations against them.