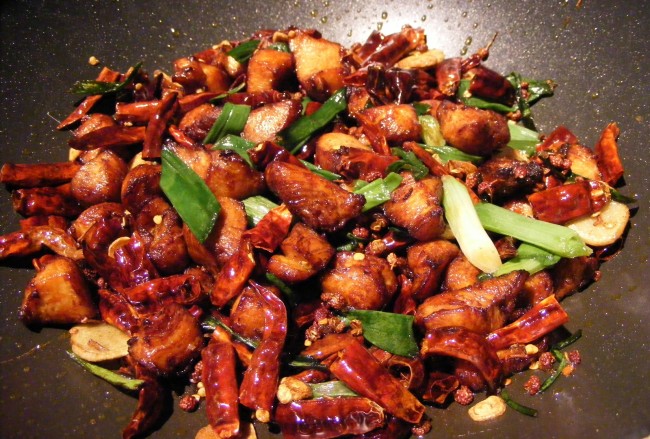 There are many foods touted for their health benefits. However, new research indicates that an important ingredient to use in ensuring one’s diet adds years to life is adding more spice.

Spices have long been used for flavoring food and for medicinal purposes worldwide, particularly chili peppers. Studies have found that their active components, capsaicin, might lower inflammation, have a positive effect on gut bacteria and weight, and even help fight cancer. Small studies have even showed signs that capsaicin can be beneficial in cardiovascular, gastrointestinal, bladder and dermatological conditions. So a group of researchers sought to do a more involved study on the overall health effects spices offer.

They determined that people who eat spicy hoods live longer on average than those who do not. Or, as the scientists phrase it, they have a reduced risk for death.

A team of researchers examined data gathered via questionnaires from almost half a million adults across China. The people, who were between the ages of 30 and 79 at the onset, participated in the China Kadoorie Biobank health study between 2004-2008. That study sought to track chronic diseases in the country. Each participant reported their health history, alcohol consumption, lifestyle choices, consumption of spicy food, source of chili intake (whether it was fresh or dried, in an oil or a sauce like Sriracha) and their consumption of meats and vegetables. They were then tracked for 7.2 years on average.

The researchers then synced up the answers on overall spice consumptions and the death records on more than 20,000 of the participants to look for any correlation. Overall, they found that the more often spicy foods were eaten, the more likely they were to be alive in 2013, when the study ended. This was true even after controlling for family medical history, age, gender, smoking and other pertinent factors.

Not all causes of death seemed to be influenced by spice consumption. They did determine that those who ate spicy foods six or seven days a week were 29 percent less likely to die of respiratory diseases, 22 percent less likely to succumb from coronary artery disease, and 8 percent less apt to die from cancer. The authors did not suggest there was a cause-and-effect relationship between spices like capascin and longer life; they did, however, find a strong correlation.

The source of the spiciness in food also seemed to make a difference. For those who regularly ate fresh chili peppers, there was a stronger link between the frequency of spice consumption and the risk of death from cancer and heart disease than for those who consumed mostly dried chili pepper, chili oil or sauces containing chili. This could reflect the fact that fresh chili peppers contain more capsaicin as well as other nutrients and vitamins than chili peppers that are dried or processed into something else.

The research team also looked for differences in results by sex. They did notice that women who regularly consumed spicy foods were 45 percent less likely to die from infections versus those who rarely ate them. They did not see a similar correlation between spices and infections in men.

The authors did not suggest there was a cause-and-effect relationship between spices like capascin and longer life; they did, however, find a strong correlation. They did note that there is the possibility that people who are ill might prefer foods that are bland, which would affect the results too. Clearly more research with clinical trials is need to further verify whether adding more spice, particularly fresh chili peppers to foods, really adds years to one’s life, but there does seem to be a correlation.

Sources:
BMJ: Consumption of spicy foods and total and cause specific mortality: population based cohort study
TIME: The Intriguing Link Between Spicy Food and a Longer Life
Los Angeles Times: Spice up your diet for a longer life, study suggests

One Response to "Adding More Spice Adds Years to Life?"