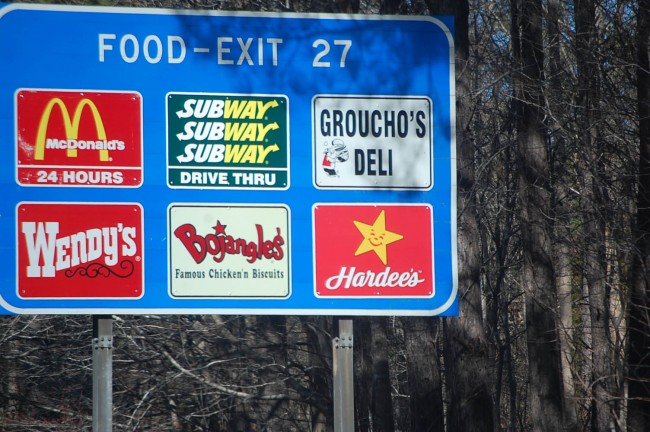 A newly released government study took at detailed look at fast food consumption by children and teens in America with some startling results. One is the finding that 34 percent of U.S. kids eat fast food daily.

Whether burger joints, pizza parlors, or other convenience food chains, the frequency with which teens and younger children ate fast food, and the percentage of calories many received daily from fast food consumption was the subject of a recently published government study. The study U.S. Centers for Disease Control and Prevention’s National Center for Health Statistics analyzed data gathered in their 2011-12 National Health and Nutrition Examination Survey.

There was a difference by age; kids between 2 and 11 do dine at those type of food joints less often than adolescents between 12 and 19. This age difference finding was the same regarding of race or ethnicity, gender, family income, or weight status. It is not surprising, however, since teens have more financial discretion and access to their choice of dining establishments far more than littler kids.

The research team also looked at consumption by sex, race and other socio-economic characteristics to see if assumptions widely made about poorer people and certain races consuming more fast food were true. The findings showed that family income level does not play a significant role in the kids’ daily fast food intake. Children from families close to the poverty line derived 11.5 percent of their daily calories on average from fast food. On the other end of the economic spectrum, kids from well-to-do homes averaged 13 percent of their daily food intake from take-out and drive-through type places.

The overall proportion of daily food intake coming from fast cuisine venues was statistically equivalent for both genders, the researchers found. (Males were slightly below females in consumption at younger age and consumed more as teens, but the overall difference was minor.)

Whether of not a child was underweight, normal weight or obese did not have much impact on their appetite for fast food. Those who were overweight actually, on average, derived less of their diets from the food than those of normal size or underweight. Children who are obese did consume the most convenience meals making up 14.6 percent of their daily calories.

One area where there was significant differentiation in consumption patterns as to which 34 percent of U.S. kids choose to eat fast food on a daily basis was by race and ethnic group. On an average day, 13.9 percent of African American youngsters calories came from convenience cuisine, which was slightly higher than the 13.1 percent of white children. For Latino kids, an average of 11.2 percent ate the food on any given day. Conversely, Asian American kids were far less likely to visit a fast food joint and only 8 percent of their calories ingested on an average day came from one. The research team theorized that the lower level of consumption was not about preference or basic cultural differences, but rather that more of them were immigrants or children of them so they had a shorter period of assimilation into the American lifestyle than the other groups.

Sources:
National Center for Health Statistics: Caloric Intake From Fast Food Among Children and Adolescents in the United States, 2011–2012
New York Times: How Much Junk Food Do Teenagers Eat?
The Atlantic: The Myth That Links Poor Families to Fast Food